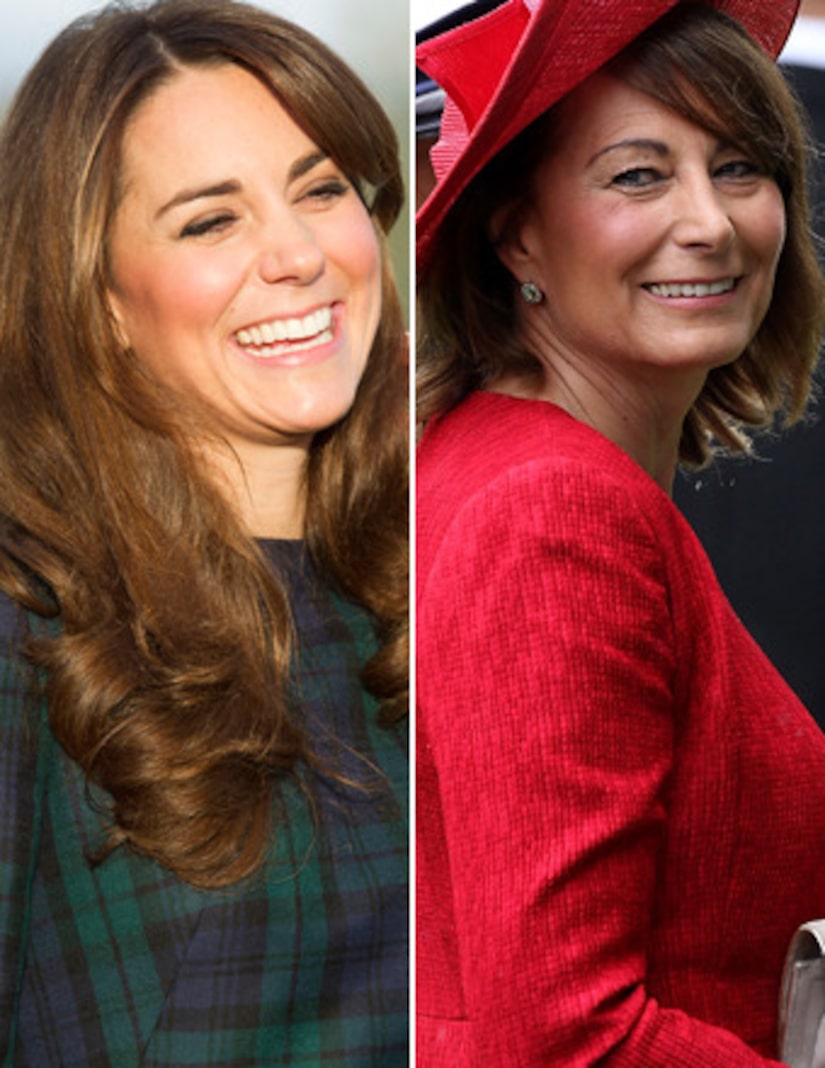 Kate Middleton's pregnancy got off to a rough start, so it's no wonder the Duchess of Cambridge is reportedly thinking of moving mom Carole Middleton in as royal nanny to help with her and the baby.

Kate's former classmate Jessica Hay told the UK's Mirror that the 31-year-old wants to forgo tradition and have soon-to-be Grandma Middleton move into Kensington Palace when the little one arrives this summer.

“Kate and William are both pretty terrified about the rest of the pregnancy after the hyperemesis,” Jessica revealed. “Carole may even move in with them when the baby's born so they don't have to rely on a nanny.”

She added, “But all in all, Catherine's very happy. With so much family around her and William, they're starting to enjoy the pregnancy after such a traumatic start.”

“The yoga calms and centers her and helps deal with any stress she's feeling,” Jessica said.