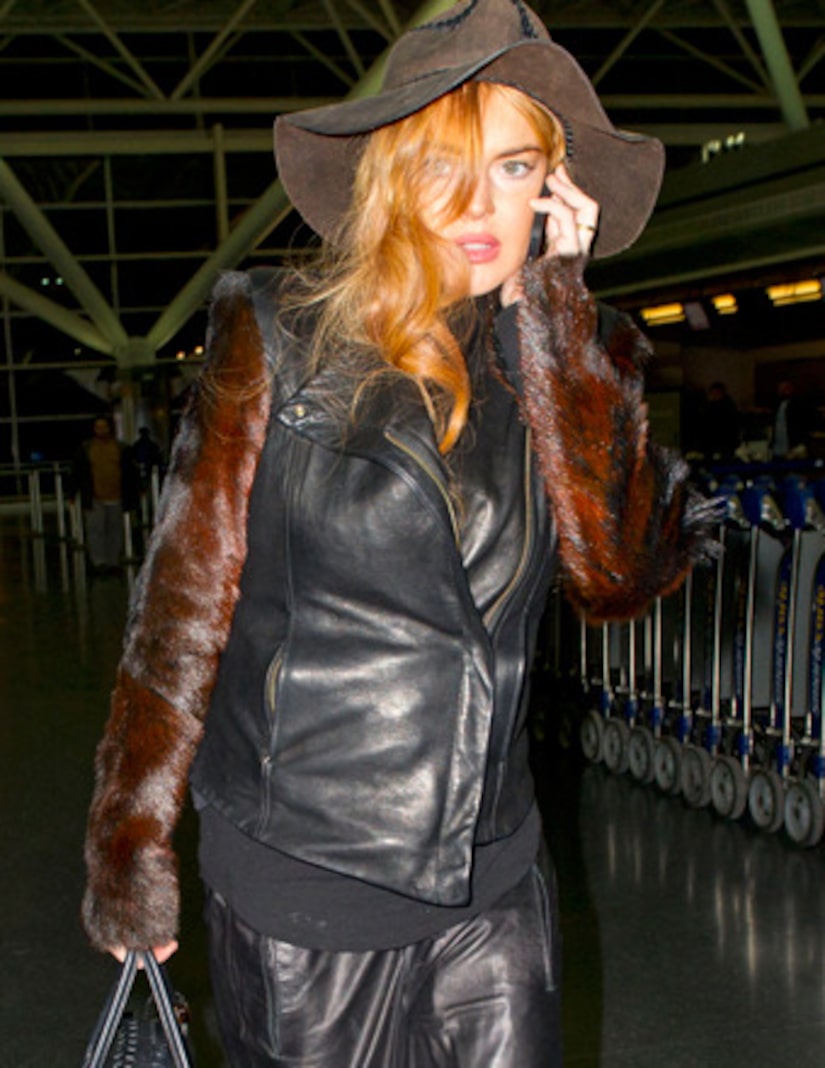 Troubled starlet Lindsay Lohan isn't too sick for court after all. According to TMZ, LiLo tried to skip out on her Wednesday morning hearing by using a doctor's note, saying she was too sick to fly from NYC to L.A., but she had a change of heart on Tuesday.

UPDATE: Lindsay did show up on time for court Wednesday morning. Judge Stephanie Sautner set a March 1 hearing for the star (she's not required to attend) and a March 18 trial date. Lohan only spoke to confirm she has changed attorneys, and to say "thank you" when the judge said she was glad Lohan was feeling better.

Lohan, who is reportedly suffering from an upper respiratory infection, didn't receive a warm welcome once she returned to the West Coast. Sources told TMZ that “The Canyons” actress and mom Dina were turned away from two hotels in Santa Monica when they arrived around 1 AM.

An insider at Shutters told the site that Lindsay had trashed a room in 2007 and been banned, while Loews said they simply didn't have any rooms available.

No word on where the duo ended up, but they will likely be bleary-eyed when they arrive to court at 8:30 AM.

Lohan, who is now represented by lawyer Mark Heller, is facing misdemeanor charges of lying to authorities and reckless driving for allegedly hitting a dump truck with her sports car in June.

There is a problem with Heller, as he is not licensed in California. Lindsay dumped attorney Shaun Holley Chapman last month, but has reportedly begged her to return as her rep.