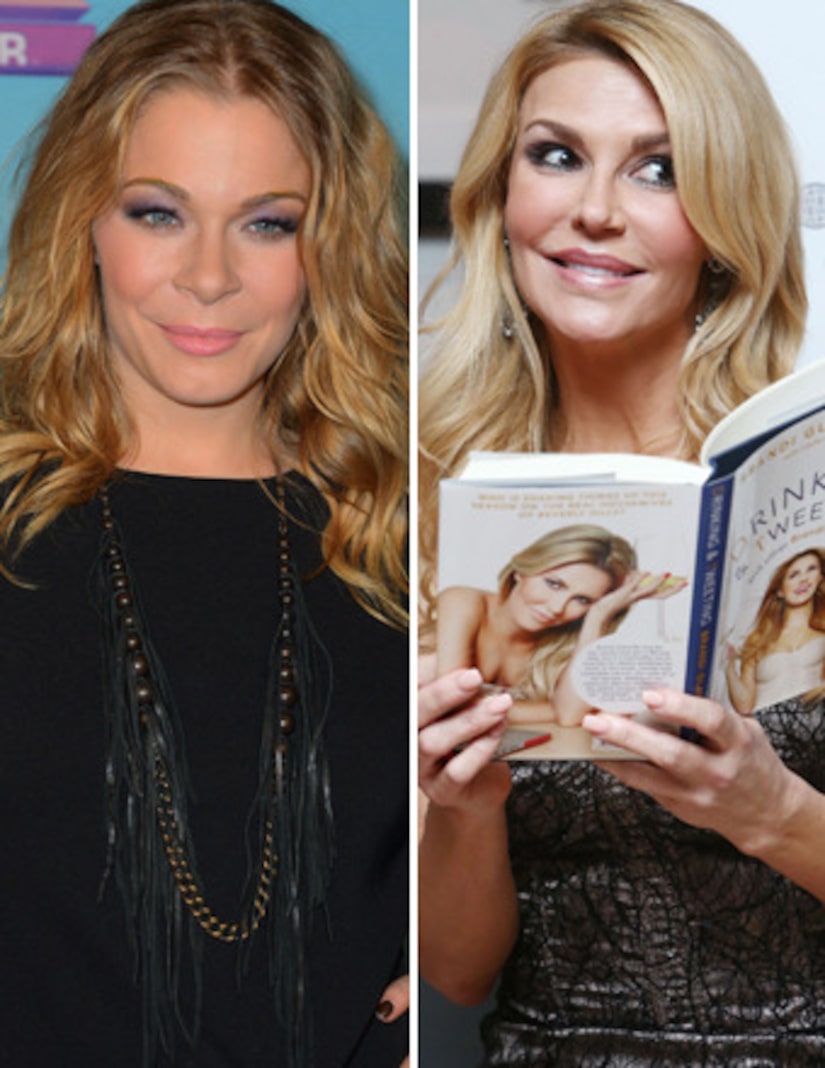 Country singer LeAnn Rimes wants the world to know that she was not crying at lunch on Monday, after photographers snapped what looked like a tearful embrace between the starlet and friends. Now, she's smacking down rumors that the emotional scene had something to do with her ongoing feud with her husband's ex, Brandi Glanville.

Quashing the gossip, LeAnn tweeted, “Boys and girls, I was not crying yesterday at lunch w/ @darrellbrown @EddieCibrian my BFF liz and my little dog toto. :) we ate and hugged goodbye.”

She added, “I must have been so sad to see all of them go 3 blocks to the establishment where we were all ending up. #givemeabreakwiththebullshitmeadiaheadlinesandstories Lol thanks for all the sweet concern tough.”

According to Eonline.com, Brandi kept the feud going on Monday. At a book signing for “Drinking and Tweeting: And Other Brandi Blunders,” the “Real Housewives of Beverly Hills” star had some harsh words for LeAnn. “She can go f**k herself,” she told the crowd at the Q&A session.

She later softened, saying that she does hope Rimes and Cibrian stay together, "because I don't want my kids to go through a divorce again."