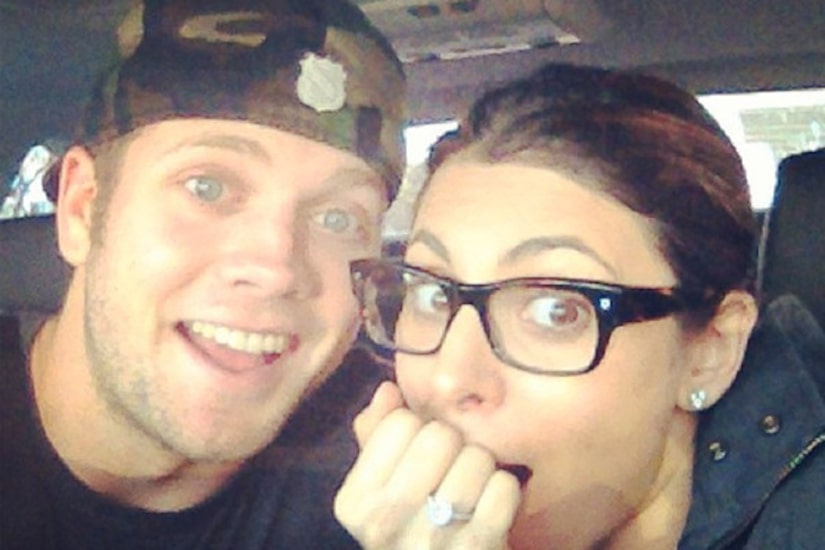 “Guys with Kids” star Jamie-Lynn Sigler, 31, showed off some serious bling on Monday, modeling her new engagement ring from Cutter Dykstra for fans via Twitter.

The pic of the couple and the giant sparkler included the caption, “So this just happened.” The Washington Nationals infielder, 23, followed up with the tweet, “She said yes!!”

After the announcement, the actress thanked her friends and fans. "Thank you so much for all the love everyone," she wrote. "I am so happy and more importantly lucky!"

This will be Sigler's second marriage. The “Sopranos” alum and manager A.J. Discala split in 2005.