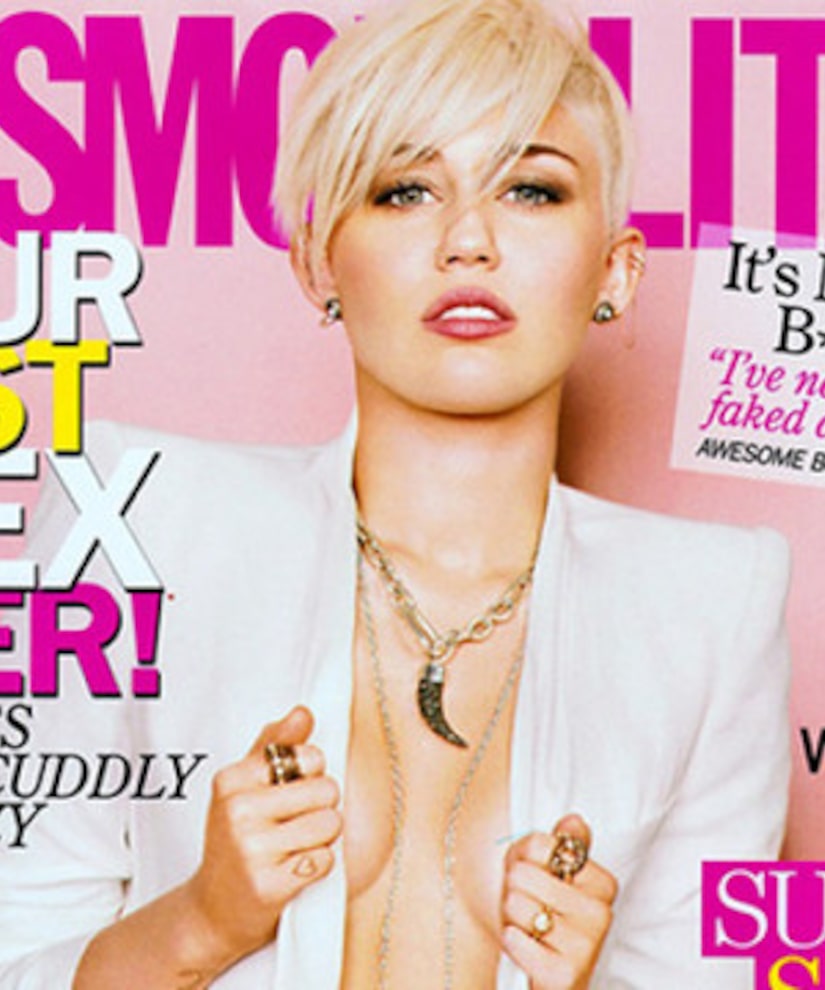 Superstar Miley Cyrus is flaunting what she's got -- all over the cover of Cosmopolitan's March 2013 issue.

In the mag the 20-year-old singer spoke about her newfound confidence, and hunky fiance Liam Hemsworth, revealing, "Number one is my relationship with Liam. That's what I feel the most confident in, because you never know; there's so much hype behind my new record, but it could come out and, worst-case scenario, everyone f**king hates it."

She continued about her "Hunger Games" star beau, "I'll literally look at him and be like 'You are hot, dear God!'"

Cyrus then opened up about her Disney past saying, "I think the best thing I could have done was take those two years off to really live, because now people don't think of me as who I was on the TV show."

Read more of the interview here and pick up the latest issue of Cosmo on newsstands now.