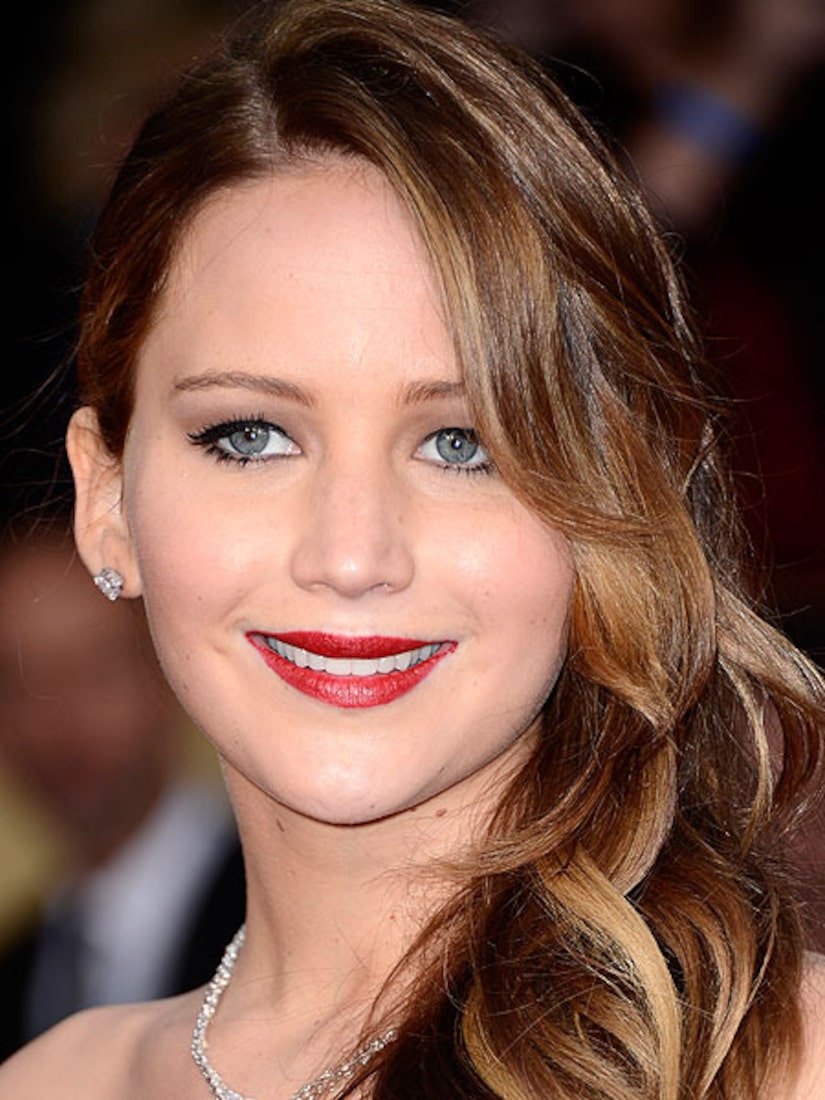 Poor Jennifer Lawrence. She put on a brave face at the 2013 SAG Awards, despite recovering from "pneumonia."

The “Silver Linings Playbook” star, who won Outstanding Female Actor in a Drama, still looked stunning in a sleek, strapless Christian Dior gown and Chopard jewels, even if she suffered a major wardrobe malfunction (see below!)

She stopped and talked with “Extra’s” Mario Lopez about being under the weather and said, "I'm fine, it's okay." Check out our interview!

Lawrence, however, may still be recovering from her little fashion mishap. As she walked toward the stage to accept her award and then again when she was almost to the microphone, Jennifer's dress appeared to rip in two!

As it turns out, the dress was a two piece, connected mid-thigh by sheer lining and she had decided to wear the dress without showing the see-through panel. While she was on the move, the skirt separated and appeared to be coming apart. Watch!