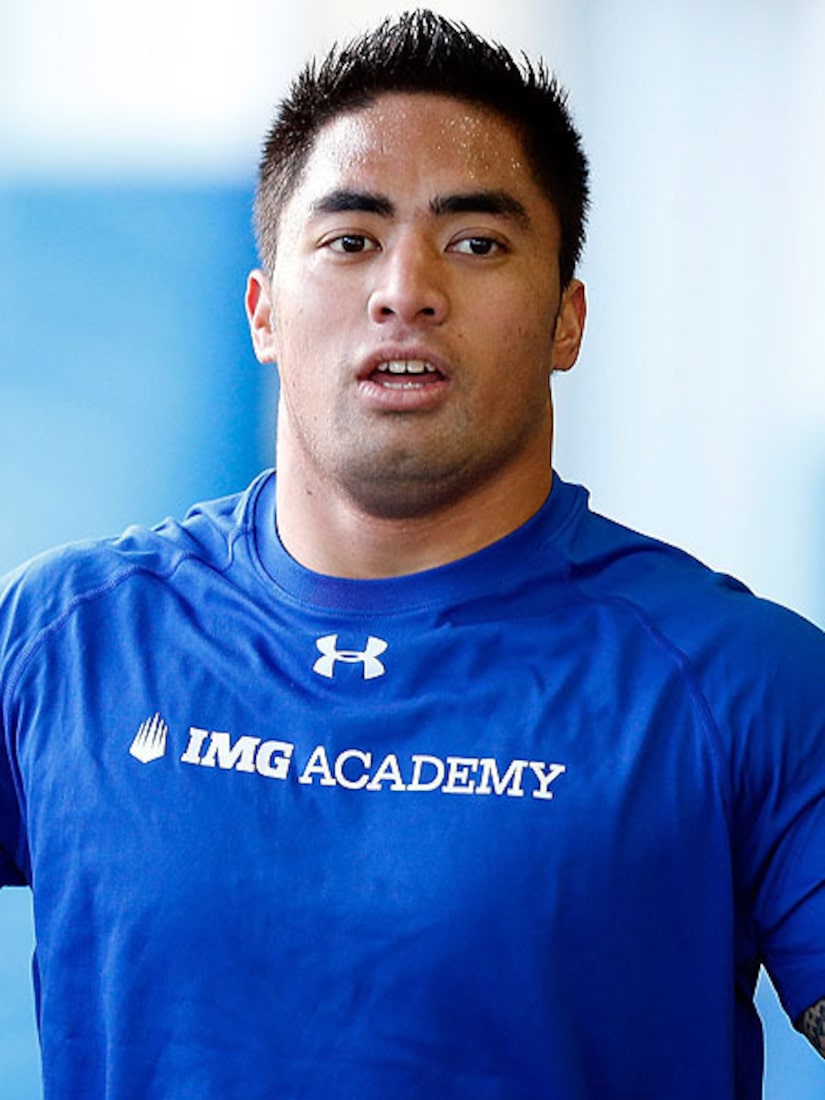 Maybe the lady wasn't a dude.

On Thursday, Manti Te'o's lawyer, Milton Grimes, told the NY Daily News that Manti's friend Ronaiah Tuiasosopo was the voice behind the fake “Lennay Kekua,” but now the NY Post reports it was really Tuiasosopo's cousin, Tino Tuiasosopo, who called the Notre Dame linebacker and convinced him “Lennay” was real.

“Tino is the girl that Manti has been talking to all these months,” said another Tuiasosopo cousin.

One of Ronaiah's relatives told the Post they believe Grimes said Ronaiah was the voice because his client “is determined to take the rap.”

In an interview yesterday with daytime TV talk show host Katie Couric, Te'o provided voicemail messages from Lennay and said he definitely thought she was a woman.

Te'o said, “Well, it didn't sound like a man. It sounded like a woman. If [Ronaiah] somehow made that voice, that's incredible, that's an incredible talent to do that. Especially every single day. “

After hearing the voicemails, one of Tino's cousins told The Post, “There is no doubt whatsoever that it's Tino.”

Tino has not come forward with a statement. Her father also declined to talk about the situation, saying, “I don't want to divulge anything.”