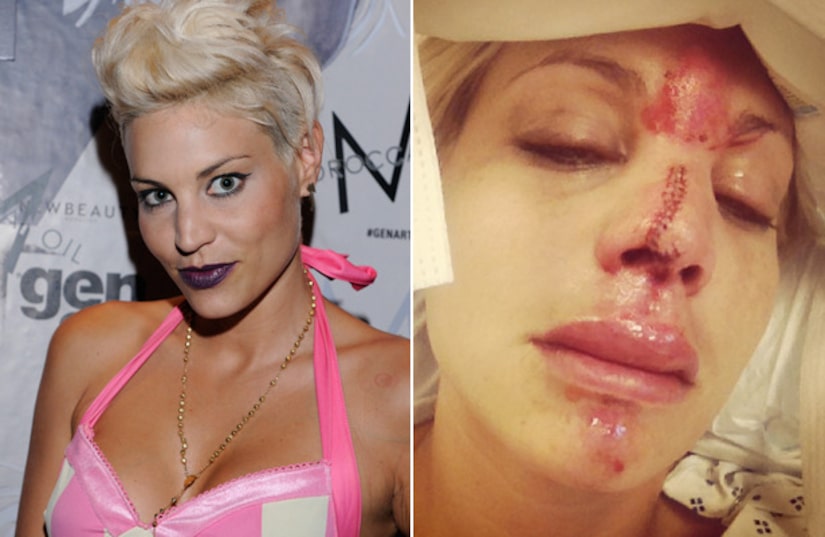 Lisa D’Amato was horsing around with friends on Saturday when the “America’s Next Top Model: All Stars” winner took a tumble and injured her face in a “freak accident.”

The 32-year-old shared photos on Facebook and Instagram showing her broken nose and lacerated face. She told People that the incident occurred after a day of filming in Colorado on the indie flick “Cowboys and Indians.”

Lisa explained that she was doing a handstand with a crew member and the pair fell. "We were just kind of monkeying around," she said. "It was a totally freak accident. It wasn't like we were doing back flips off the balcony." 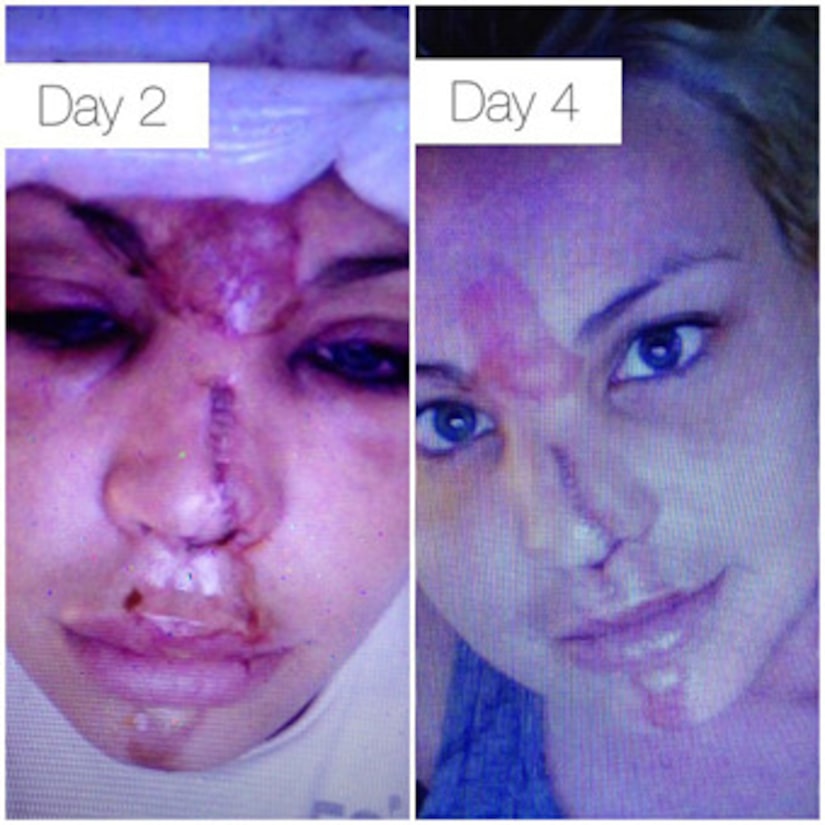 A plastic surgeon helped repair D’Amato’s face and she even got a new nose out of the ordeal. "I didn't have the best nose in the world to begin with,” she joked. “It gave me character. Now I have a nice little nose job. I get a super cute nose."

Right after the accident it was hard for the model. She said, "Everyone seemed so sad. I looked at my hands. They were covered with blood. That's when I thought, 'Oh, my God, what did I do to myself?' Of course, I started crying."

Back in January 2012, D'Amato stepped in as "spokesmodel" for "Extra" and interviewed The Band from TV. Check out the video!