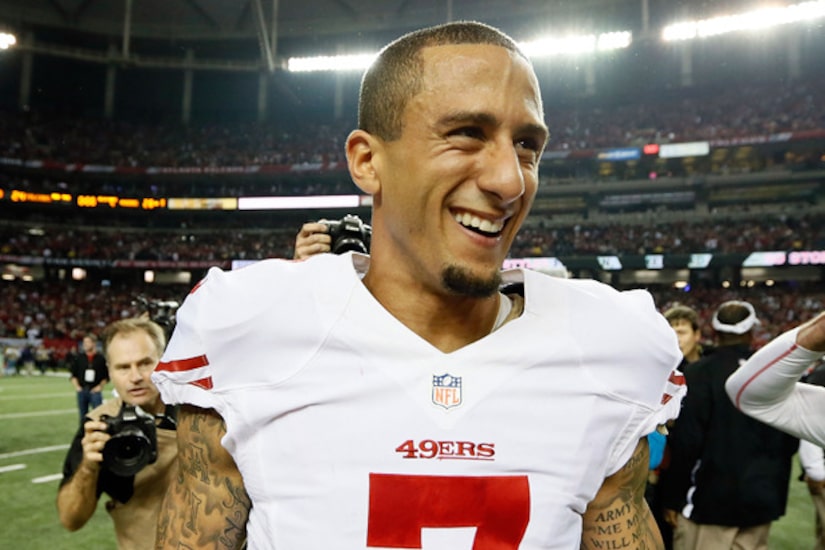 Heidi Russo dreamed of a better life for son Colin Kaepernick when she gave him up for adoption in 1987. Now he's the star quarterback of the 49ers and headed to the Super Bowl on Feb. 3.

In an emotional interview with FOX31 Denver, his birth mother explained that she was only 19 when she gave birth to the future NFL star. “I knew I couldn't have provided my son the kind of life he deserved when I became pregnant,” she said. “I had him for about six weeks before putting him up for adoption, and what a blessing it was to have Teresa and Rick Kaepernick be able to step up and raise Colin.”

Heidi kept in touch with the Kaepernicks over the years and communicated with Colin a few times online.

Russo emphasized, “Don't get me wrong, I am not 'coming out' to share in any of the success Colin is having, I just want him to know I never stopped thinking about him,” she said. “For my family, we will just be cheering for Colin just as loud as the Kaepernicks will be, come Super Bowl.”

She hopes to meet her son face-to-face someday, but told FOX31 that the meeting would be on Colin's terms.