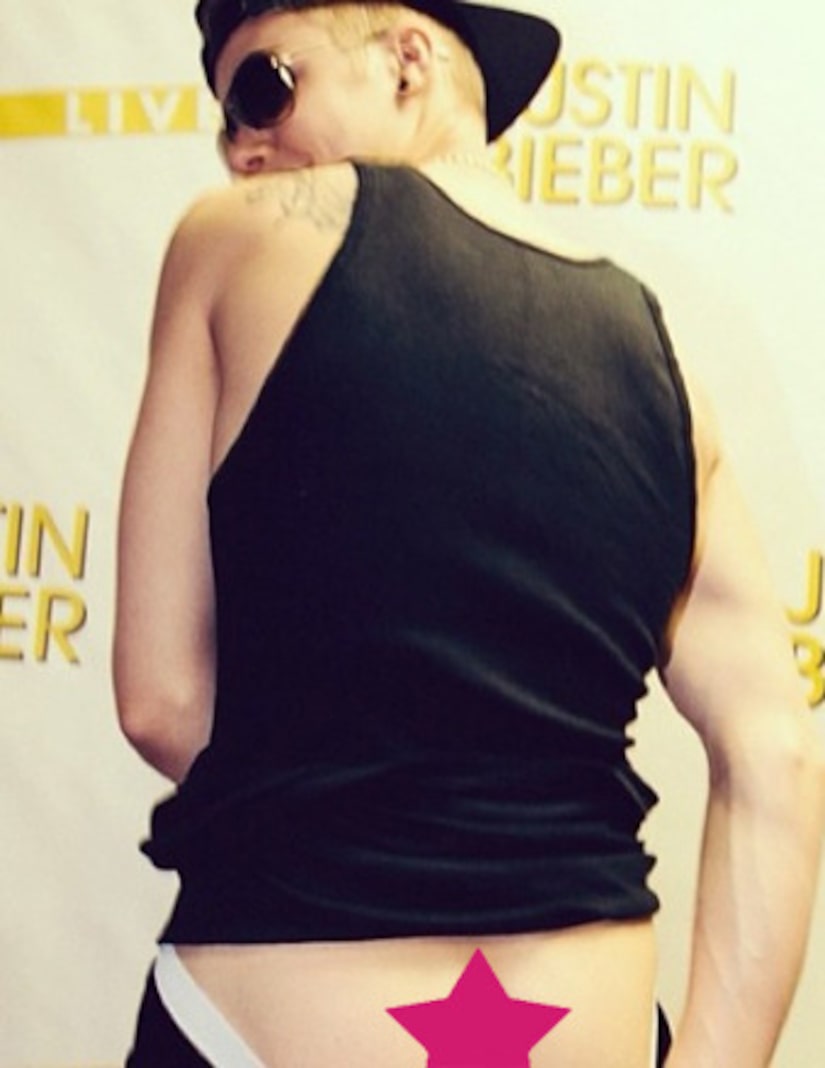 Singer Justin Bieber gave fans and followers a giggle on Saturday by mooning a photographer and posting the photo on Instagram.

The silly picture of the Biebs wearing a black tank top, sunglasses and hat, while baring his backside was quickly deleted, but it was too late. Plenty of people had already grabbed the image.

The “Believe” singer's manager addressed the pic on his own Twitter account, writing, "as a prankster u have to respect another good prank. only makes sense. #crackdealer." Justin replied, "haha."