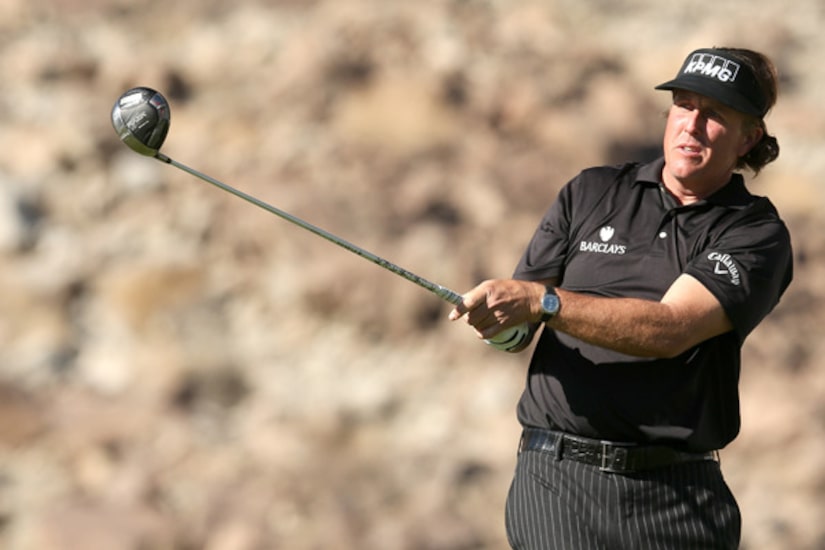 Phil Mickelson could be retiring at the ripe old age of 42! The golfer told the press on Sunday that he is considering “drastic” measures in the wake of tax increases at the federal and state level. The government is taking a hefty chunk of his $47.8 million payday, and he doesn't like it.

Following the Humana Challenge in La Quinta, CA (he tied for 37th place), Phil hinted that big changes are on the horizon, but explained that he was holding off on an official announcement until next week.

''I'm not sure what exactly, you know, I'm going to do yet,'' Mickelson said. ''I'll probably talk about it more in depth next week. I'm not going to jump the gun, but there are going to be some. There are going to be some drastic changes for me because I happen to be in that zone that has been targeted both federally and by the state and, you know, it doesn't work for me right now. So I'm going to have to make some changes.''

Reporters pressed Mickelson for more information, but he kept it brief, touching on the details of the PGA retirement plan and possibly moving out of California or the country.

''If you add up all the federal and you look at the disability and the unemployment and the Social Security and the state, my tax rate's 62, 63 percent. So I've got to make some decisions on what I'm going to do.''

The hall of famer, who has 40 PGA Tour victories under his belt, is No. 7 on Forbes' list of highest-paid athletes. According to the mag, he earned $4.8 million in salary and winnings and $43 million in endorsements in 2012, for a whopping total of $47.8.