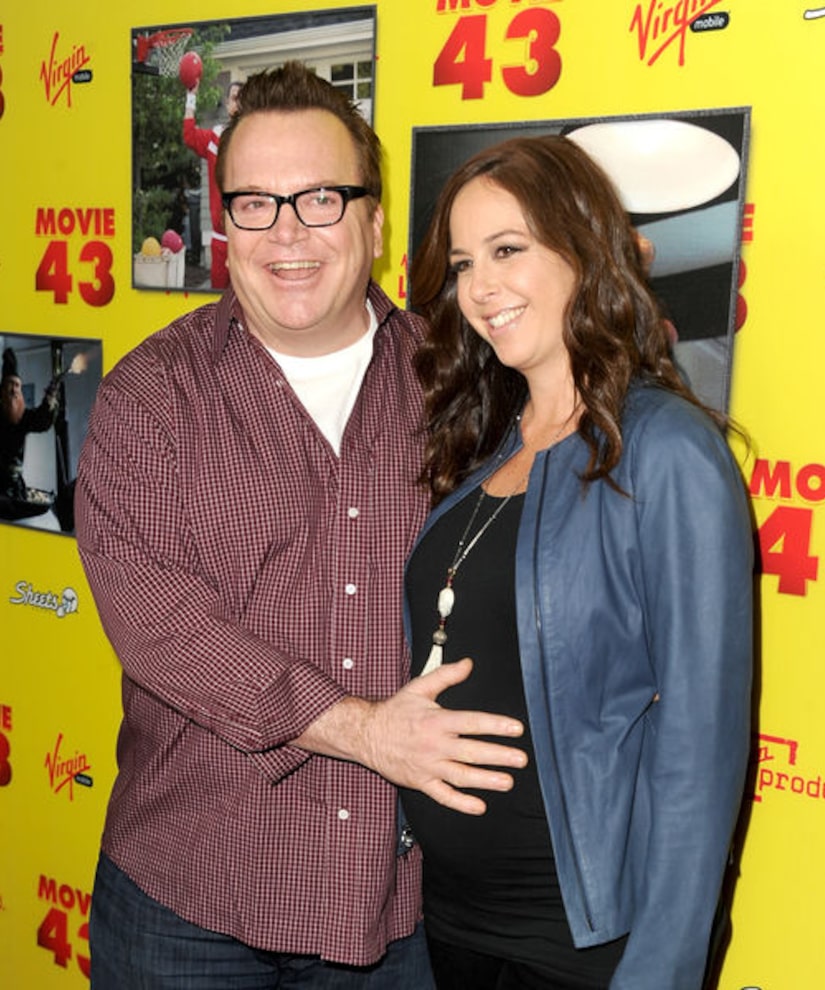 Actor Tom Arnold is finally going to be a dad! He and wife Ashley Groussman are expecting their first child, a boy.

Co-hosting “The View” on Friday, Arnold, 53, told the women, “We're really happy. I didn't think it was in the cards for me, I'll be honest, and so I was completely shocked. It's a miracle.”

Arnold explained he has had fertility struggles in the past, which affected his first three marriages. “It is hard on the women. I've tried with other people, but since there is a God we were unable to conceive. Now God said, 'This is it!'”

After undergoing rounds of in vitro, the couple was ecstatic to discover they were expecting and Groussman, 37, who is now seven months along, has been enjoying every minute, says Arnold.

He laughed, “Yesterday she had an ultrasound and she keeps sending them to me and she's like, 'You can see he's sucking his thumb.'”