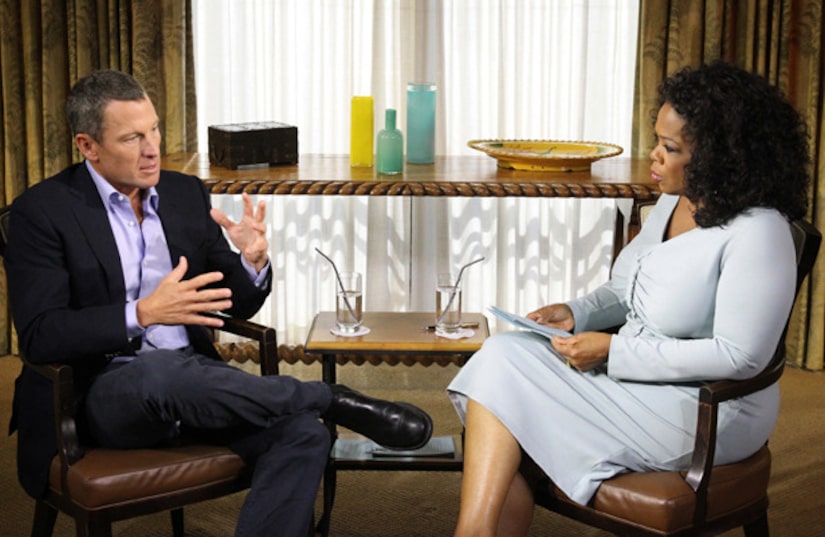 Disgraced former cycling champ Lance Armstrong admitted to what many have been alleging for years.

In the much-publicized, two-part interview with Oprah Winfrey which began airing Thursday, the veteran TV host asked right at the start if he took performance-enhancing drugs, to which Armstrong definitively answered yes.

Lance did not have a clear reason for why he lied about it for so many years, and he didn't want to name names of others who may also be doping.

He mused that he might not have been caught if not for his comeback in 2009, and was certain his "fate was sealed" when longtime friend, training partner and trusted lieutenant George Hincapie, who was along for the ride on all seven of Armstrong's Tour de France wins, was forced to give him up to anti-doping authorities.

"At the time it did not feel wrong?" Winfrey asked.

"Did you feel bad about it?" she pressed him.

"Did you feel in any way that you were cheating?"

"I went and looked up the definition of cheat," he added a moment later. "And the definition is to gain an advantage on a rival or foe. I didn't view it that way. I viewed it as a level playing field."

As the leader of his cycling team, Armstrong said he was a bully at times with his former teammates, but that he did not force them to dope in order to perform to the best of ability. He also said he was clean when he raced in 2009 and 2010.

The second part of “Oprah and Lance Armstrong: The Worldwide Exclusive” will air Friday, Jan. 18 at 9 PM. The interview will also be simultaneously streamed live on Oprah.com.