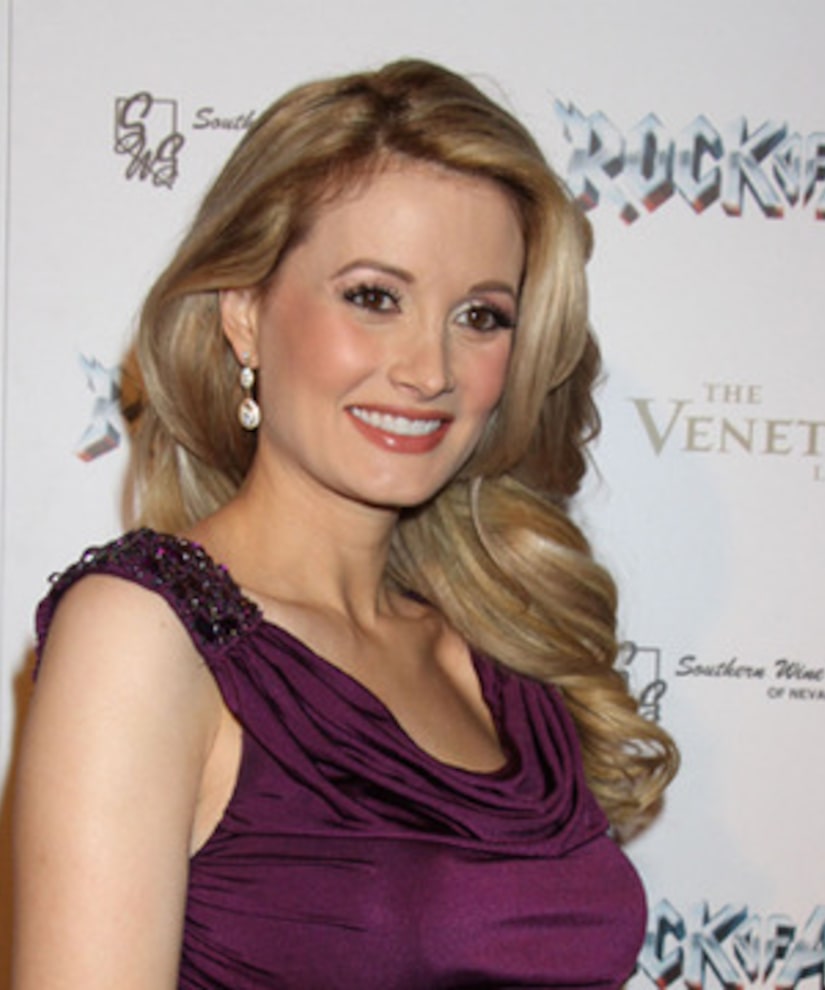 Holly Madison is due in March, but it looks like the star will be moving before the baby arrives. The former “Girl Next Door” and boyfriend Pasquale Rotella have been feuding with neighbors over a pink doghouse, and are ready to find a new Las Vegas pad.

"We're selling this house,” she told Las Vegas Weekly. “We thought of renting it, but we're finished here.”

Hugh Hefner's ex added, "The HOA (homeowners association) here is so bad, I don't even want to deal with them. They've come after me about the dumbest things. Sometimes it's things that don't even apply to the rules."

The blonde beauty admitted to building a “ridiculous, human-sized doghouse” in the backyard, but claimed her contractor consulted the HOA regarding any restrictions and that the structure isn't visible from the street.

"They keep fining me for having it painted pink” the “Peep Show” dancer explained. “It's a hundred dollars a month, or something like that. I haven't been paying it. I just keep sending them nasty letters."

Holly and Pasquale now have their sights set on the Rancho Circo neighborhood. She added, "It's the cutest neighborhood, and I love how close it is to downtown. It's quirky and old."