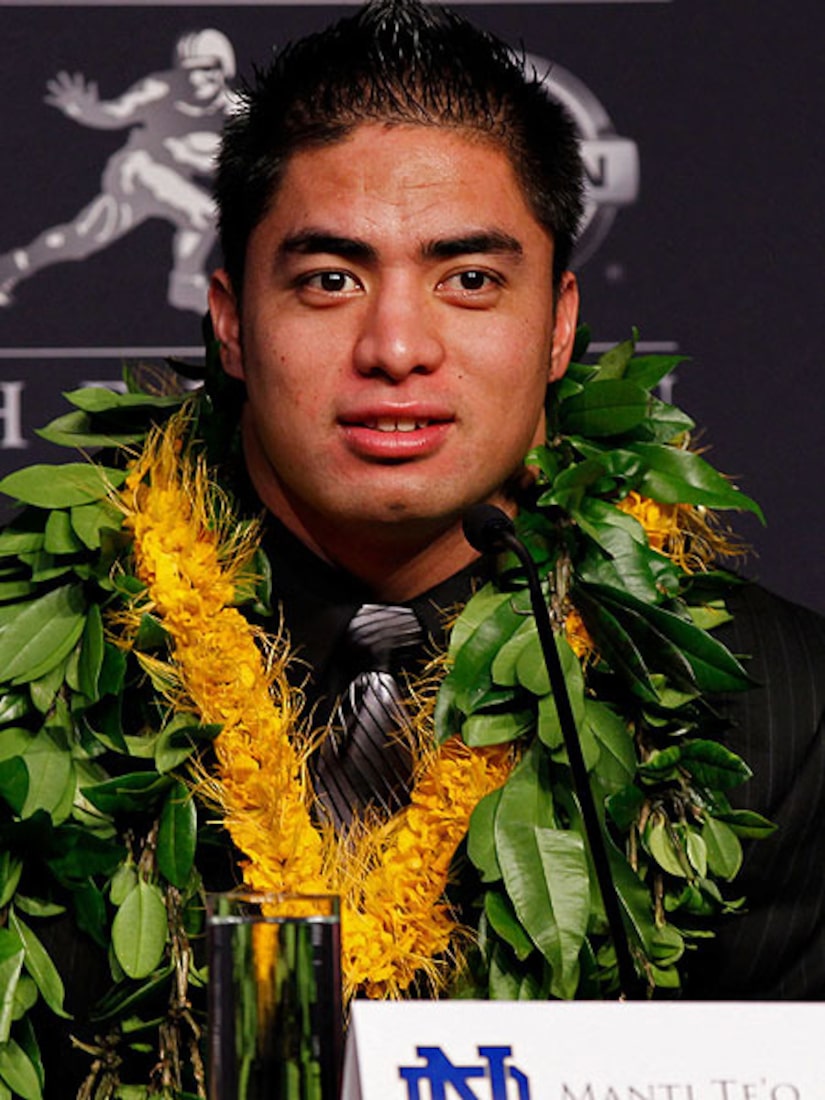 The girlfriend of Manti T'eo, star linebacker for Notre Dame University, looks to have been fictitious.

The sports world's heart went out to the Heisman Trophy finalist, who played an amazing season despite personal tragedy, including the death of his grandmother and reportedly his 22-year-old girlfriend, Lennay Kekua, from leukemia.

Deadspin.com reports the girlfriend story is a hoax and that Kekua was entirely made up. The pictures of Lennay are from another woman's Facebook pictures, a woman who has never met Te'o.

Te'o, through a statement by Notre Dame, said he was the victim of this hoax. The statement reads, “On Dec. 26, Notre Dame coaches were informed by Manti Te'o and his parents that Manti had been the victim of what appears to be a hoax in which someone using the fictitious name Lennay Kekua apparently ingratiated herself with Manti and then conspired with others to lead him to believe she had tragically died of leukemia."

The statement continued, “The University immediately initiated an investigation to assist Manti and his family in discovering the motive for and nature of this hoax. While the proper authorities will continue to investigate this troubling matter, this appears to be, at a minimum, a sad and very cruel deception to entertain its perpetrators.”

The football player also released a statement, saying, “This is incredibly embarrassing to talk about, but over an extended period of time, I developed an emotional relationship with a woman I met online. We maintained what I thought to be an authentic relationship by communicating frequently online and on the phone, and I grew to care deeply about her. To realize that I was the victim of what was apparently someone's sick joke and constant lies was, and is, painful and humiliating..."

He added, “I hope that people can understand how trying and confusing this whole experience has been. In retrospect, I obviously should have been much more cautious. If anything good comes of this, I hope it is that others will be far more guarded when they engage with people online than I was. Fortunately, I have many wonderful things in my life, and I'm looking forward to putting this painful experience behind me as I focus on preparing for the NFL Draft."