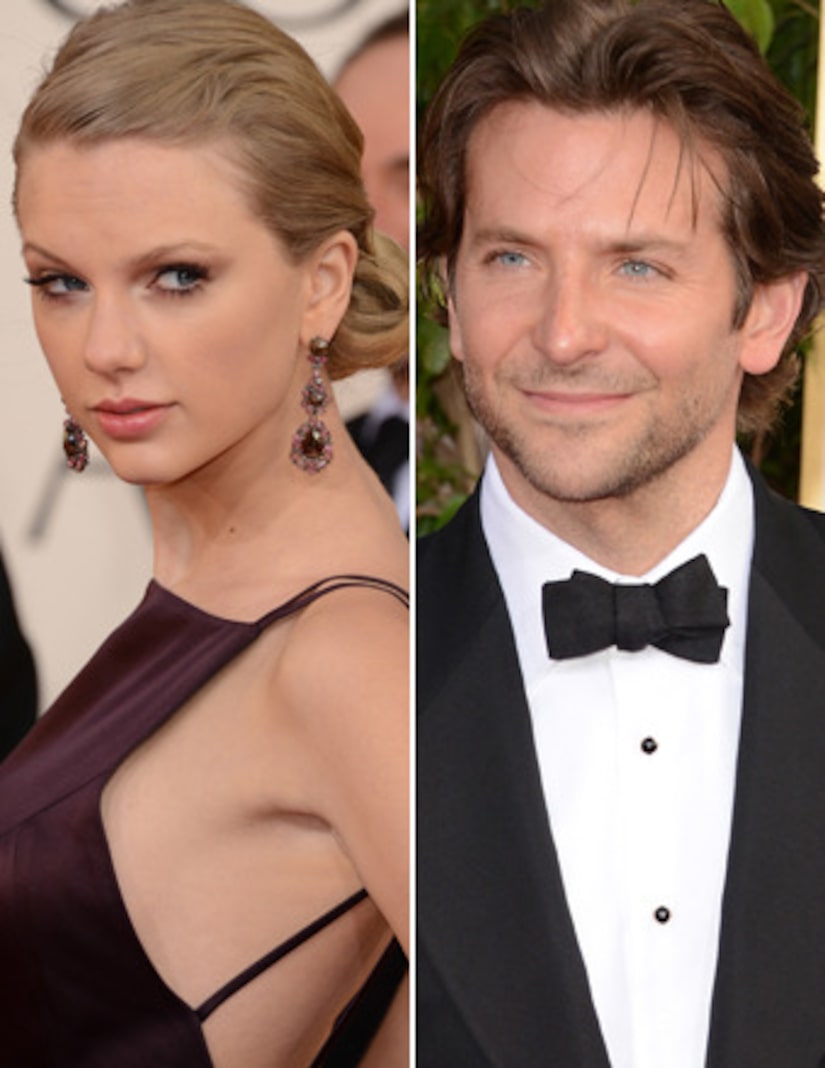 Rumor has it Taylor Swift is interested in dating Bradley Cooper!

A source told RadarOnline.com that Taylor asked mutual friend Jennifer Lawrence to make the introduction at the Golden Globes. The actor, however, wasn't interested.

“Bradley has absolutely no intention of getting together with Taylor,” the insider said. “First of all, her reputation precedes her. Bradley is very wary of dating someone who is a bit of a serial dater like Taylor. He thinks she's far too young for him and wants to date someone his own age, not 16 years younger, because he's ready for something serious.”

The source added that he “politely declined” because he's “just not that into her.”

Taylor is newly single after a breakup with One Direction's Harry Styles, and Bradley reportedly split with girlfriend Zoe Saldana over the holidays.