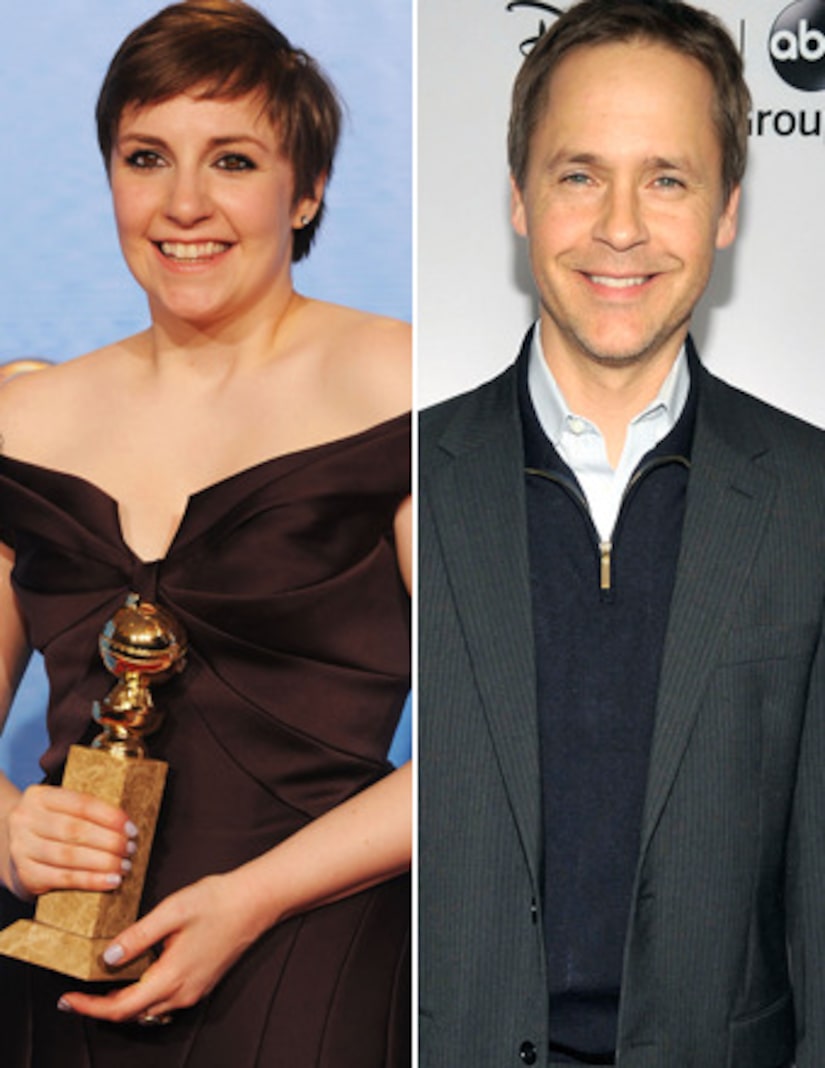 “Girls” star Lena Dunham left the Golden Globes crowd scratching their heads when she thanked Chad Lowe in her acceptance speech. The Best Actress in a TV Comedy winner later explained in the press room it was “because Hilary Swank forgot. And because I'm an a—hole."

Hilary accidentally forgot to thank her then husband Lowe, brother of actor Rob Lowe, when she won the Oscar for “Boys Don't Cry” in 2000, but corrected the mistake by giving him kudos five years later when she picked up the Academy Award for “Million Dollar Baby.” The couple split in 2006.

Swank's forgetfulness stuck with Lena, so she included the “Pretty Little Liars” actor in her speech. "I also promised myself that if I ever got this chance, I would thank Chad Lowe,” she said.

Lowe loved the attention, later tweeting, “Now that I'm trending worldwide (finally) does that mean I don't have to give my daughters a bath or change their diapers anymore?"

Even global attention couldn't relieve Chad of daddy duties. Wife Kim responded, “You're not "trending" in this house right now, bub, so no, Not a chance! PS mabel needs a bath now! :)" Once I finish this tweet.”