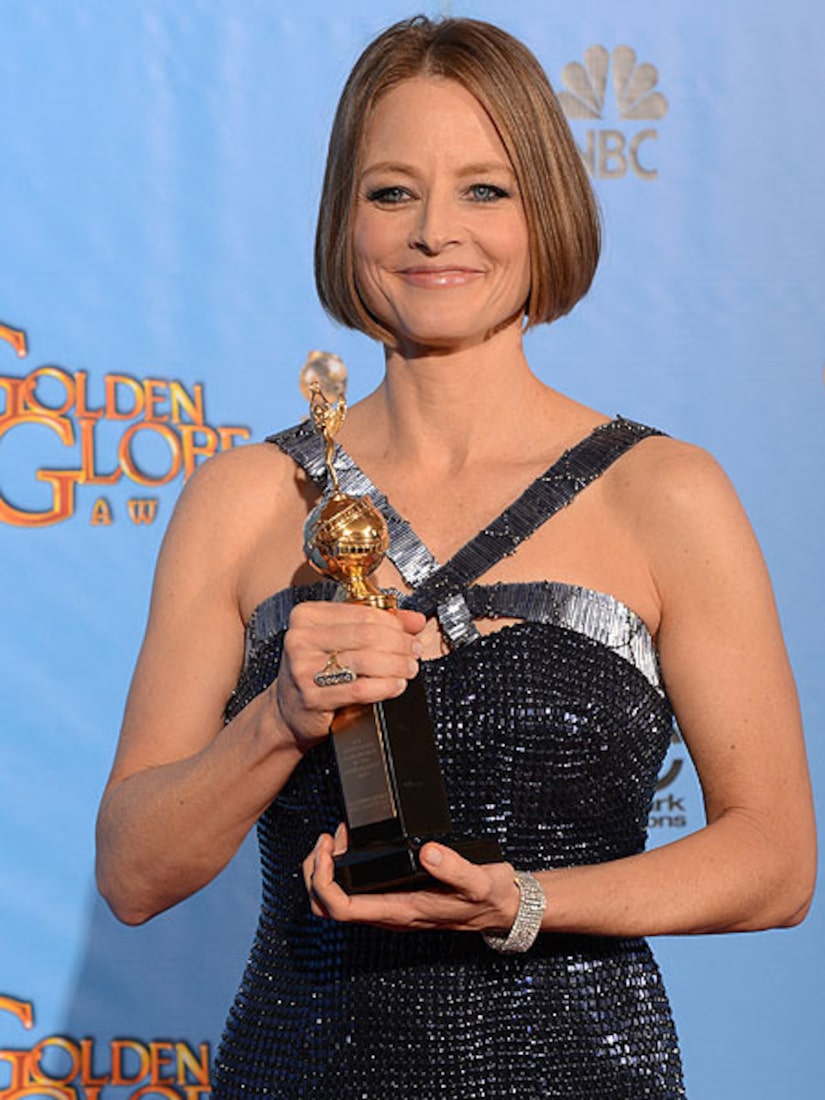 The brilliant -- and slightly eccentric -- Jodie Foster gave a thought-provoking and curiously moving speech at the 2013 Golden Globes, leaving many wondering if she broke news about her sexuality, about which she has always remained private.

As the Cecil B. DeMille Award recipient took the stage, she had some funny banter, but then said, “While I’m here being all confessional, I just have the sudden urge to say something I’ve never been able to say in public. A declaration that I’m a little nervous about. Not quite as nervous as my publicist, huh, Jennifer? But uh, you know, I’m just going to put it out there. Loud and proud. I’m going to need your support. I am… single. I’m kidding.”

She continued, ”I already did my coming out about a thousand years ago, back in the stone age. In those very quaint days when a fragile young girl would open up to trusted friends, and family, co-workers and then gradually, proudly, to everyone who knew her. To everyone she actually met. But now, apparently I’m told, that every celebrity is expected to honor the details of their private life with a press conference, a fragrance and a primetime reality show. You guys might be surprised, but I’m not Honey Boo Boo child.”

Foster added, “If you had been a public figure since the time you were a toddler, if you had to fight for a life that felt real and honest and normal against all odds, then maybe you too would value privacy above all else.”

She also brought the house to tears with her declaration of love for her ailing mother. "I love you, I love you, I love you and I hope if I say this three times, it will magically and perfectly enter into your soul, fill you with grace and the joy of knowing that you did good in this life. You're a great mom. Please take that with you when you're finally okay to go."

Despite concluding with what seemed like a retirement announcement, ("This feels like the end of one era and the beginning of something else – scary and exciting"), Foster told reporters backstage: "I could never stop acting. You'd have to drag me behind a team of horses,” clarifying that she was looking forward to directing.

"Extra's" Mario Lopez spoke with Foster on the red carpet before her big speech, and she talked about which of her film was her favorite.