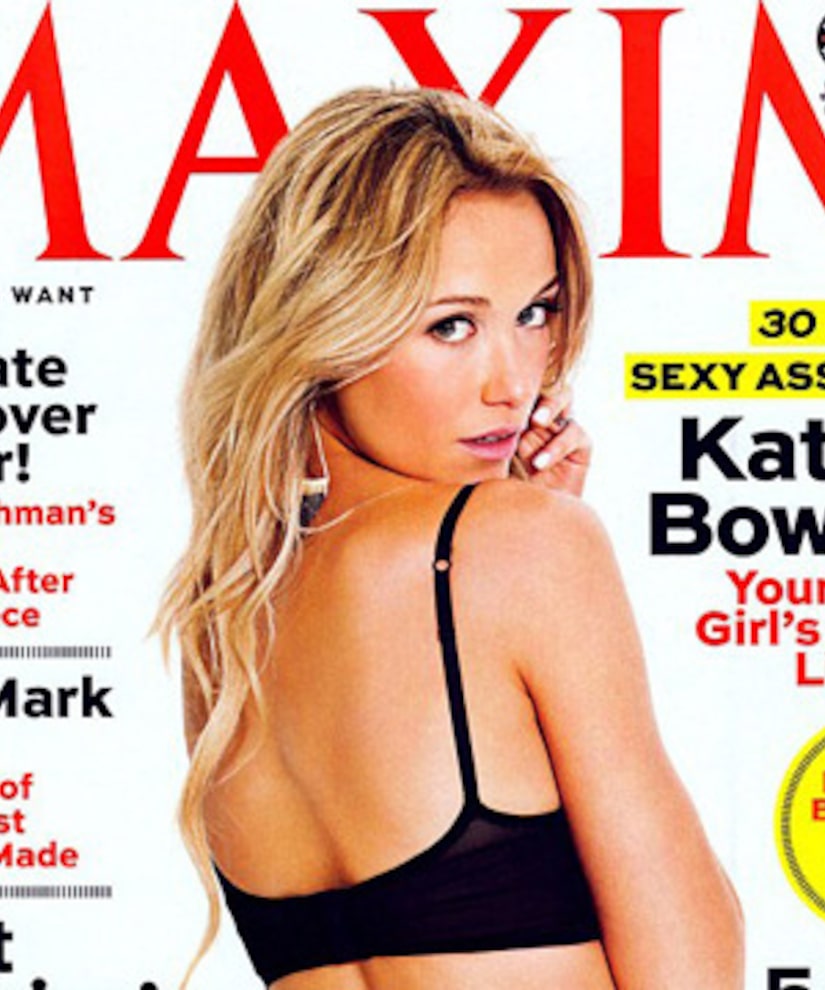 Blonde beauty Katrina Bowden, 24, gets cheeky on the January/February cover of Maxim, showing off some of her best assets in sexy lingerie.

In the cover story, the “30 Rock” star reveals that she was a 16-year-old Catholic schoolgirl when she landed the role as Liz Lemon’s assistant, Cerie.

Fans may be surprised to learn that Cerie is actually based on a real person!

According to Bowden, the character is based on “a very wealthy girl who was really smart, but never let anyone know that. And she never really tried hard, because she’d been given everything her whole life. So I think they took that and made it a lot bigger with Cerie.”

Now, she can’t believe the show is coming to an end after seven seasons. “I was so young and inexperienced when the show started, and the cast has basically been like family to me.”