Miss Alabama Katherine Webb appreciated ESPN’s apology for Brent Musburger and other sportscasters’ comments during the BCS National Championship Game, but she doesn’t think the apology was necessary.

Webb landed in the spotlight on Monday as she watched boyfriend and Alabama star AJ McCarron’s team go head-to-head against Notre Dame. As the ESPN cameras panned to the beauty, Musburger gushed, “You quarterbacks, you get all the good-looking women. What a beautiful woman. Wow!”

He went on to suggest, “If you’re a youngster in Alabama, start getting the football out and throw it around the backyard with pop.”

In a conversation with “Today’s” Matt Lauer, Webb said, “I think the media has been really unfair to him. I think if he had said something along the line if we were hot or sexy, I think that would be a little bit different.”

She added, “The fact that he said we were beautiful and gorgeous, I don’t think any woman wouldn’t be flattered by that. I appreciate it, but at the same time I don’t think I needed an apology.”

Following the comments, ESPN’s Mike Soltys said in a statement, “We always try to capture interesting storylines, and the relationship between an Auburn grad who is Miss Alabama and the current Alabama quarterback certainly met that test. However, we apologize that the commentary in this instance went too far. Brent understands that.”

Webb’s parents also came to Musburger’s defense. Dad Alan Webb told Fox 5 Atlanta, "On one hand, you can look at it as being kind of like the dirty old man, but I'm used to this and I think if you really look into what that he was trying to say, he was trying to be complimentary, and I think they need to give Brent a break.”

Mom Leslie revealed that Katherine was considered an ugly duckling as a child and was bullied because of her height and the skin condition vitiligo. "That's actually what the Miss USA pageant did for Katherine is to help develop a better self-esteem to finally love herself. Her self-confidence grew dramatically because of that.”

In the 24 hours since the game, Katherine jumped from 2,300 Twitter followers to more than 200,000. Read up on her choice tweets from Arizona Cardinals player Darnell Dockett. 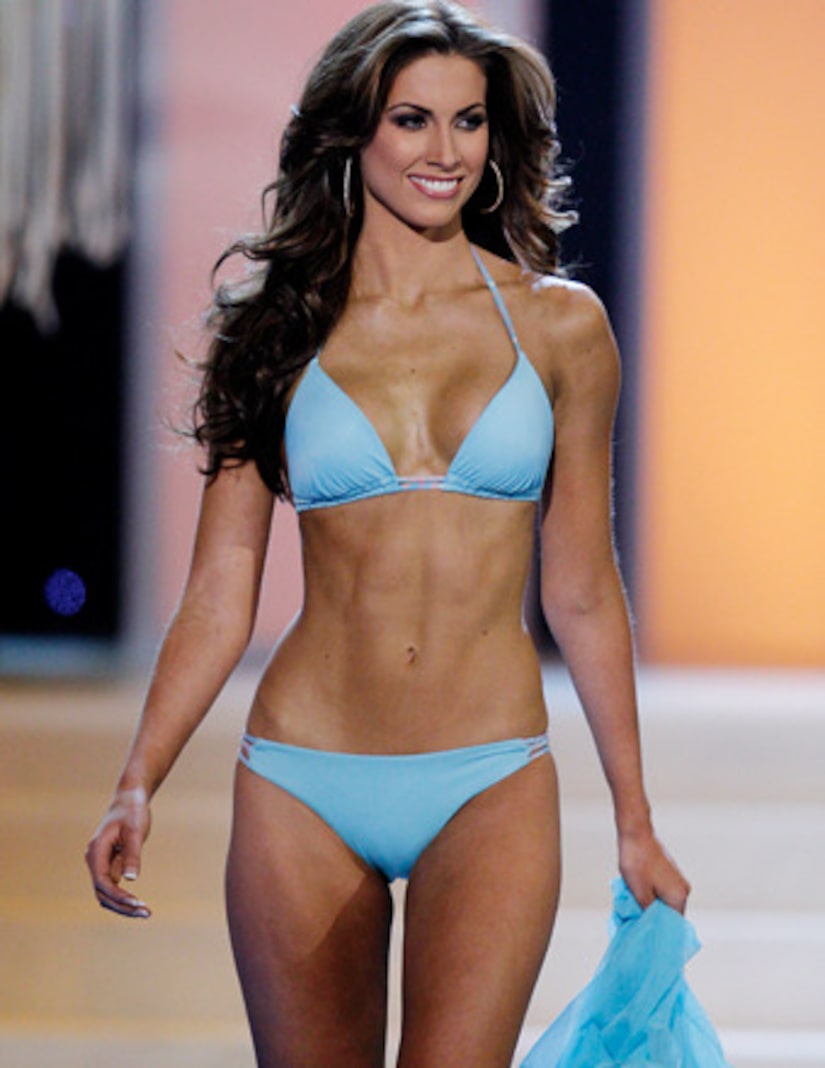 Next up, Webb will be sitting on the Miss USA judges panel. Donald Trump told "Extra," “She is an outstanding person. She represents a lot of charities and a lot of charitable work. She will remain grounded.”