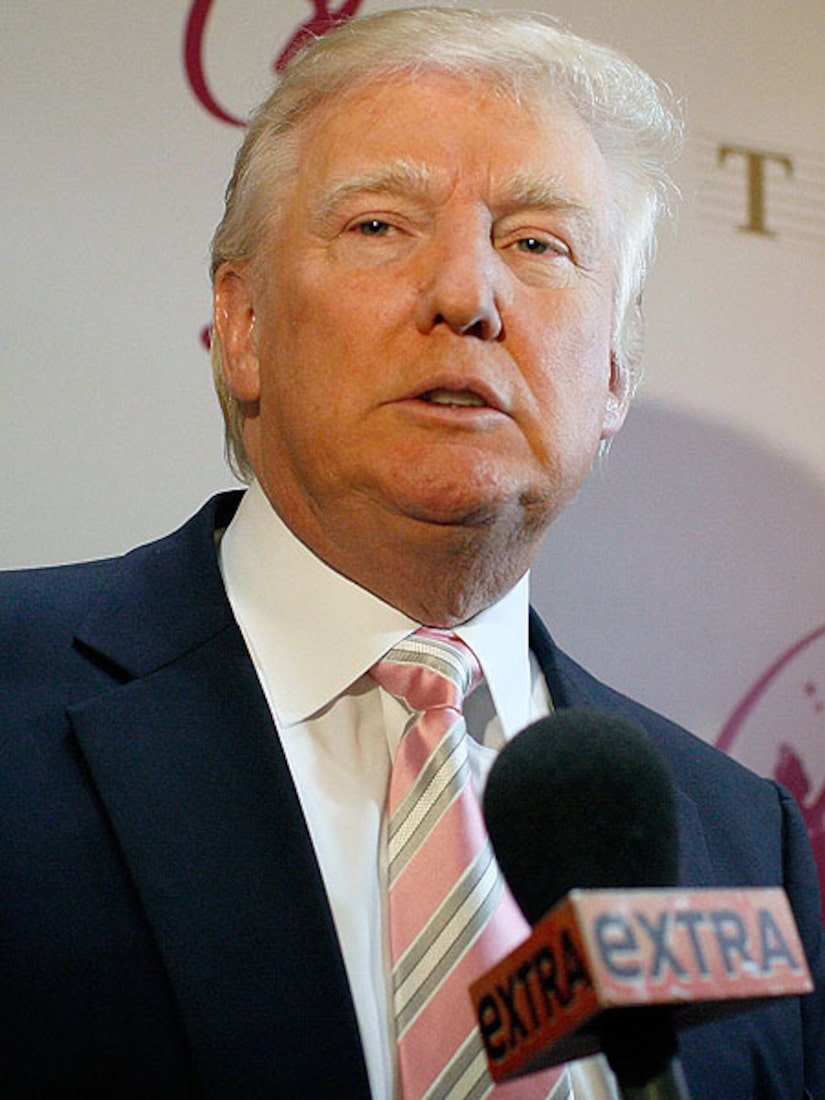 “Extra’s” AJ Calloway spoke with the one and only Donald Trump on Wednesday to get his reaction to the $5-million offer from Bill Maher, Rosie O’Donnell’s baby news and why he hired Miss Alabama, Katherine Webb.

On Monday’s “Tonight Show with Jay Leno,” political satirist Bill Maher mocked Trump’s offer to President Barack Obama and offered to donate $5 million to the charity of Trump’s choice if he would release his own birth certificate to prove The Donald was not the “spawn of his mother having sex with an orangutan.”

Trump’s lawyer accepted Maher’s offer and provided the proof. Now Trump is ready to collect. The real estate mogul told Calloway, “He made the offer… I accepted his offer and he owes me $ 5 million, which I am going to give to charity. If doesn’t pay the money we will probably sue him.”

Mr. Trump also sent well wishes to his on-again/off-again nemesis Rosie O’Donnell and wife Michelle Rounds after news broke that they welcomed a baby girl into their family. “I think that’s great, I am very happy for her.”

As for hiring Miss Alabama, Katherine Webb, to be a judge at the next “Miss USA” pageant, Trump explained, “She is an outstanding person. She represents a lot of charities and a lot of charitable work. She will remain grounded.”