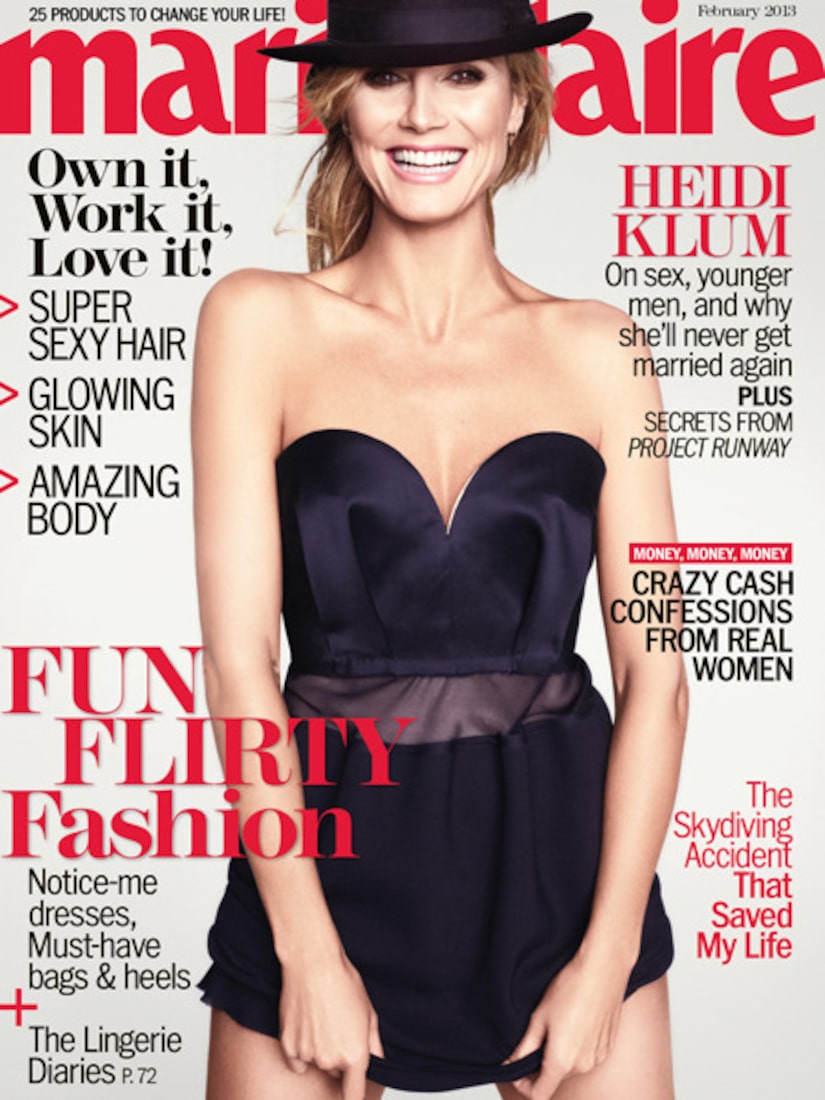 In a candid new interview with Marie Claire, Heidi Klum opened up about her divorce from Seal, Hollywood cougars and being experimental in bed.

Despite annually renewing her vows with Seal, she says marriage isn't important to her anymore. Klum explained, “Maybe if I'm with someone for 15 or 20 years, and we do it in our old age as a fun thing to do… but I don't have the urgency anymore.” 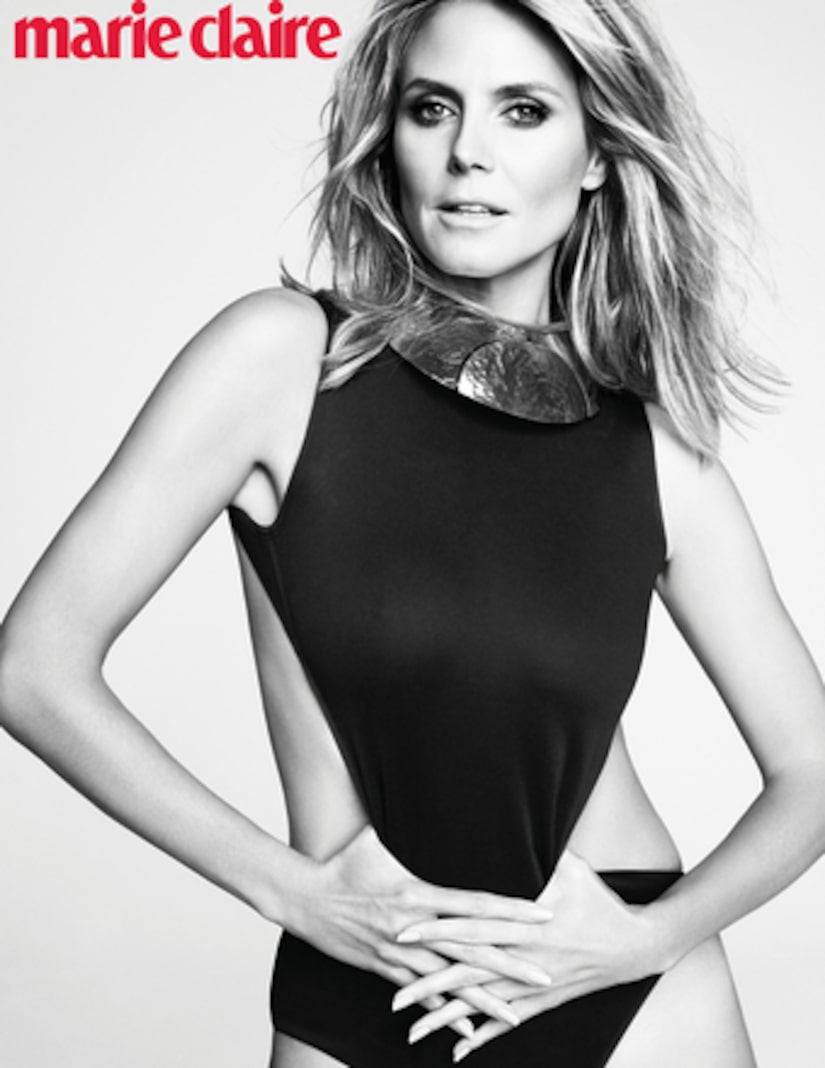 The model is dating bodyguard Martin Kristen (rumored to be in his mid 40s), but she understands why women in Hollywood go for younger men. “The truth is that when men get older, their shape changes. Younger men train more, and when the clothes come off, it is nice to look at a sexy, ripped body.”

Klum, who returns to Lifetime Jan. 24 for Season 11 of "Project Runway," also shared her views on sex. “Some people are more experimental in bed and others are more boring,” she said. “If you are wild and crazy, bring it on so the other person is well aware that you have little devil horns that come out every once in a while.”

Heidi continued, “It's good to make an effort to dress up sometimes, to do things outside of the norm.”

Check out the interview at MarieClaire.com, and pick up the February issue on newsstands Jan. 15.