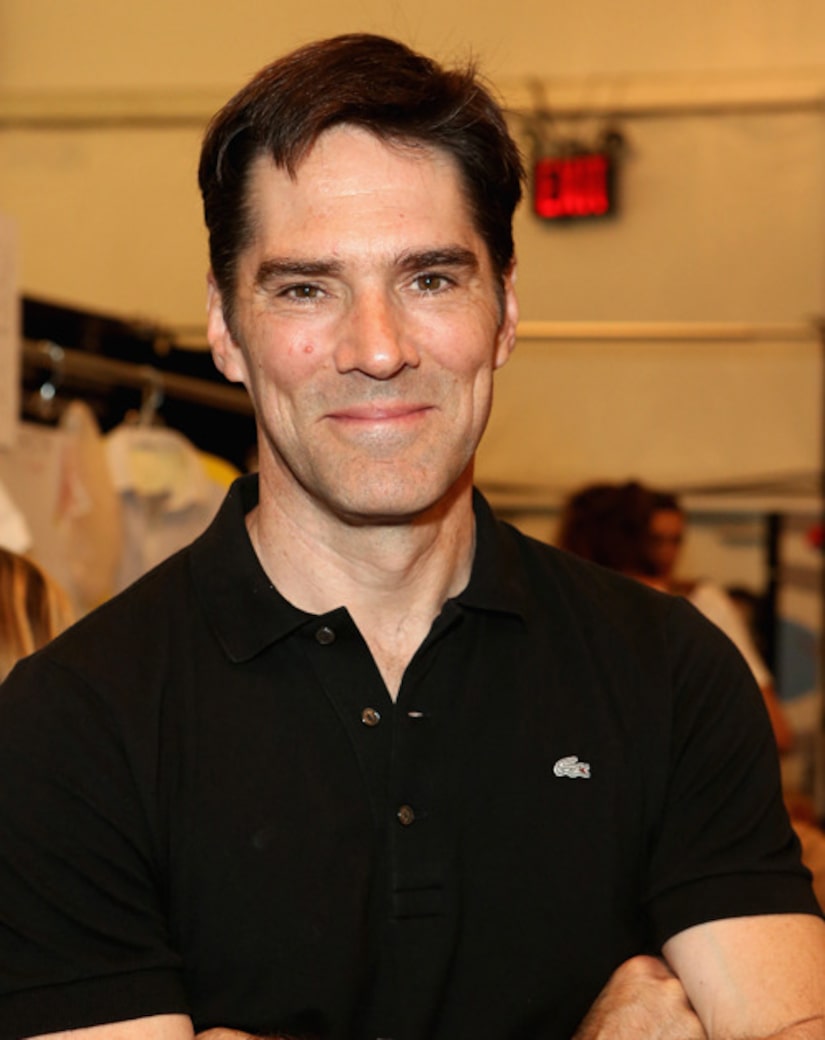 Thomas Gibson, star of “Criminal Minds,” was arrested Sunday on suspicion of DUI.

Officer Cleon Joseph told the Associated Press that the 50-year-old star was arrested after he drove through a barricade set up for a night run in downtown Los Angeles.

According to TMZ, police "detected an odor of alcohol" when they pulled him over and sources say he refused to take a breathalyzer test. He was arrested on suspicion of misdemeanor DUI and later released on $15,000 bail.

The “Dharma and Greg" actor's rep has not returned calls to the AP.