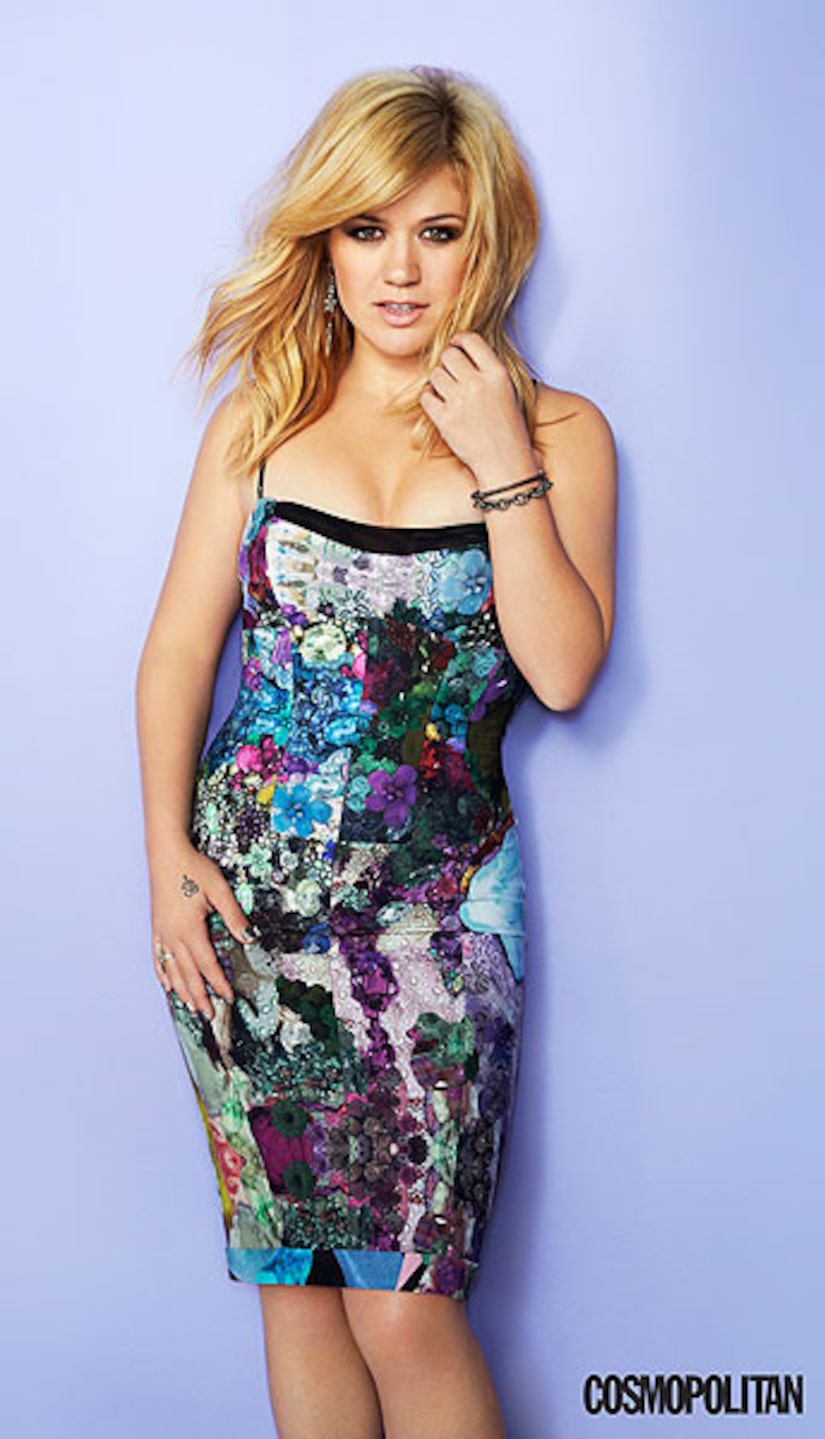 Singer Kelly Clarkson appears in the February issue of Cosmopolitan, shutting down rumors about her being a lesbian.

Clarkson told Cosmo, “People think, 'Oh, she's been single for too long.' That's kind of an insult to the gay community. Being single doesn't mean you're gay. But I'm never insulted by it. I mean, I get hit on by the hottest girls ever. Oh my god, if I was a lesbian, I would be so in luck. But it's just not my thing. I've always batted for the boys' team.”

In fact, Clarkson is now engaged to music manager Brandon Blackstock. “Brandon's totally the one,” Kelly said. “I've never been so happy.”

She tells the story of how they met. “We've known each other for years, but we didn't start talking until the Super Bowl last February. And this is the funniest/worst thing ever: One of my superhero idols is Whitney Houston, and the day she died was our first date. I was like, 'This is a bad omen...' Six years I was single before this. I've never been truly loved like I am right now.”

Read the full interview at Cosmopolitan.com!