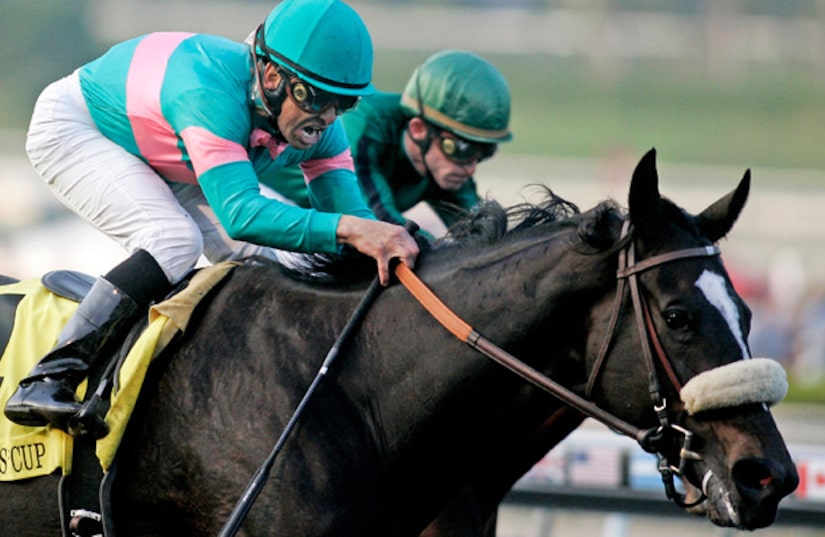 The drama isn't over for the HBO horseracing series “Luck.” Although the show was canceled in March, the production is now facing a new lawsuit over an alleged horse abuse cover-up.

The allegations come from Barbara Casey, who worked as Director of Production for the American Humane Association's film and television unit for 13 years.

Casey, who is seeking general and punitive damages, accuses the AHA, HBO and Stewart Productions of alleged abuse and safety violations. She also claims she was wrongfully terminated by AHA after blowing the whistle on the operation.

Examples given in the lawsuit, obtained by The Hollywood Reporter, include the use of drugged animals and interfering with the reporting on the death of a horse named Hometrader.

In one instance, “AHA told its representative not to document this horse's death because he was killed during summer hiatus from filming and therefore did not count.”

HBO denies the allegations and said in a statement, "We took every precaution to ensure that our horses were treated humanely and with the utmost care, exceeding every safeguard of all protocols and guidelines required of the production. Barbara Casey was not an employee of HBO, and any questions regarding her employment should be directed to the AHA."

THR reached out to the AHA, but a rep was unavailable for comment.

"Luck," starring Dustin Hoffman and Nick Nolte, was shut down by HBO after losing two horses the first season and another as the sophomore season got underway.