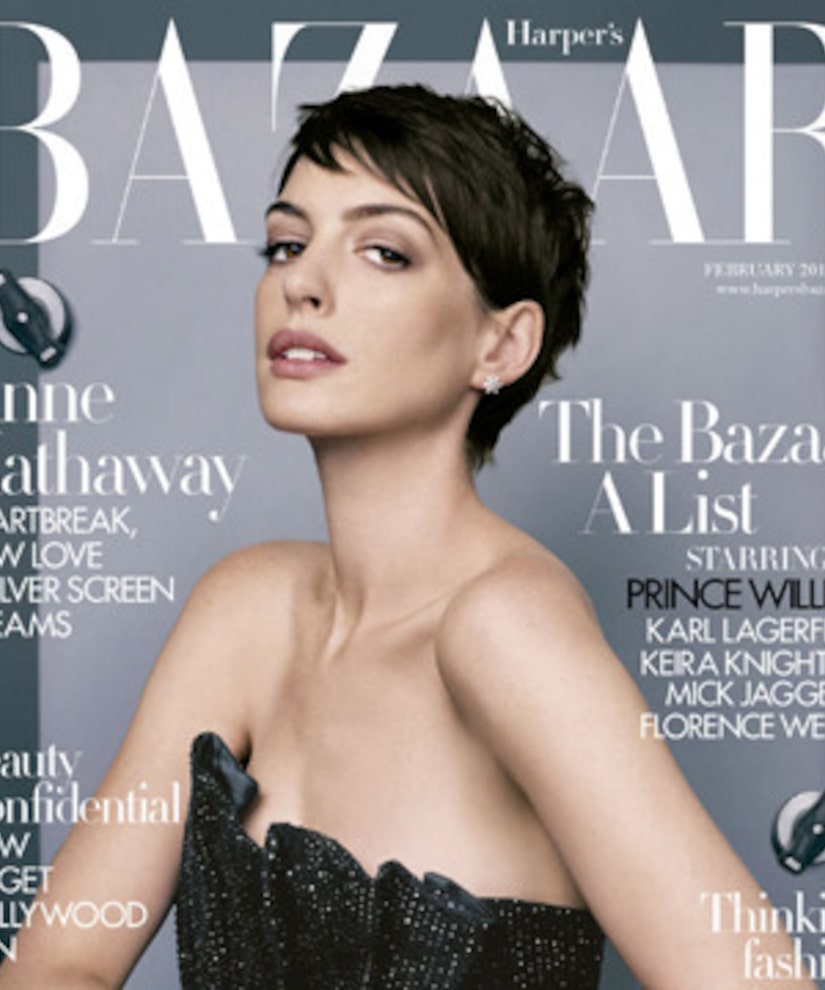 “Les Miz” star Anne Hathaway admitted to Harper's Bazaar UK that she immediately knew she wanted to marry Adam Shulman, and told a friend early on, “I'm going to marry that man.”

Hathaway went on to reveal, “I think he thought I was a little nuts, which I am a bit, but I'm also nice... I was just very honest with him. I knew from the second I met him that he was the love of my life.”

She continued, “I also knew that I couldn't have met him at a worse time... I took my trust out for a ridiculous joyride with him.”

The couple wed in September and she couldn't be happier. “I found that the love I found for him made me more trusting of everyone, and the more I started to see who I had become.”

Watch the video for a sneak peek of Anne's old-Hollywood inspired photo shoot!

The full interview appears in the February issue of Harper's Bazaar UK, available on newsstands and as a digital download. Visit HarpersBazaar.co.uk for more information.