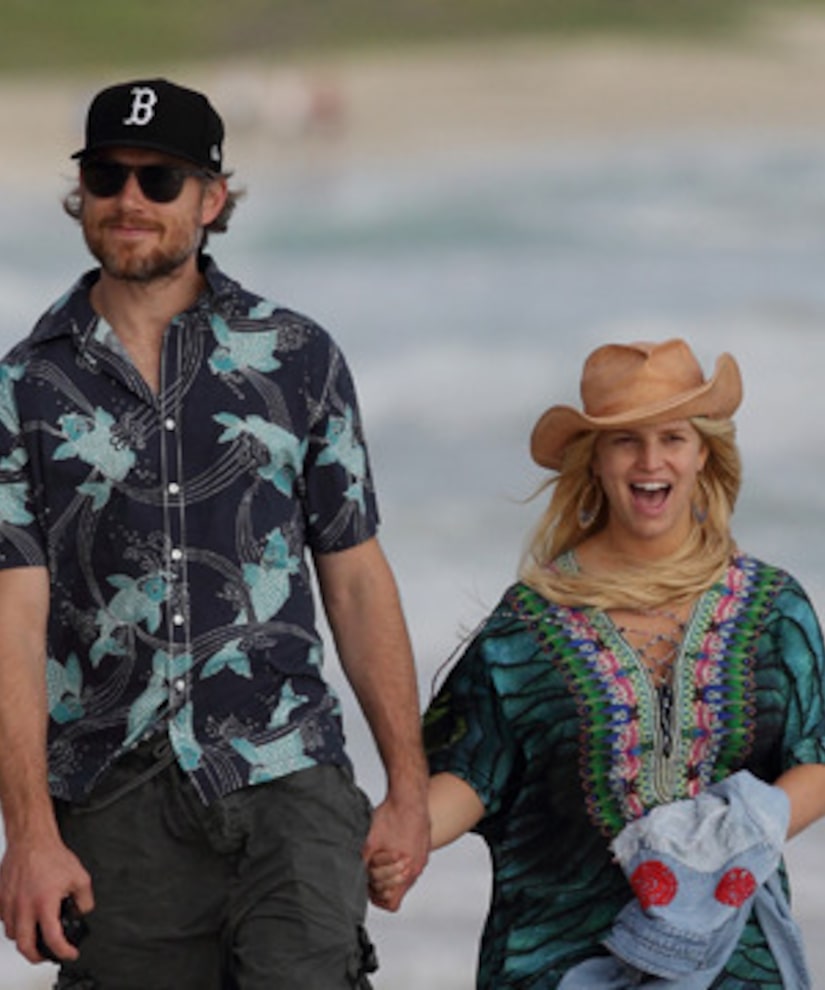 As news spread over the holidays that Jessica Simpson is definitely expecting a second child, the Weight Watchers spokeswoman was strolling the beaches of Hawaii with fiancé Eric Johnson.

The happy couple smiled and laughed as they walked hand-in-hand on the family vacation, which included Jessica's mom, Tina, sister Ashlee and nephew Bronx.

Simpson wasn't about to show off her baby bump in public and wore loose-fitting clothing and held a shirt over her belly as they enjoyed the Hawaiian sands. She later tweeted a pic (see below) of herself in beach wear and a hat with the caption "fun in the sun." 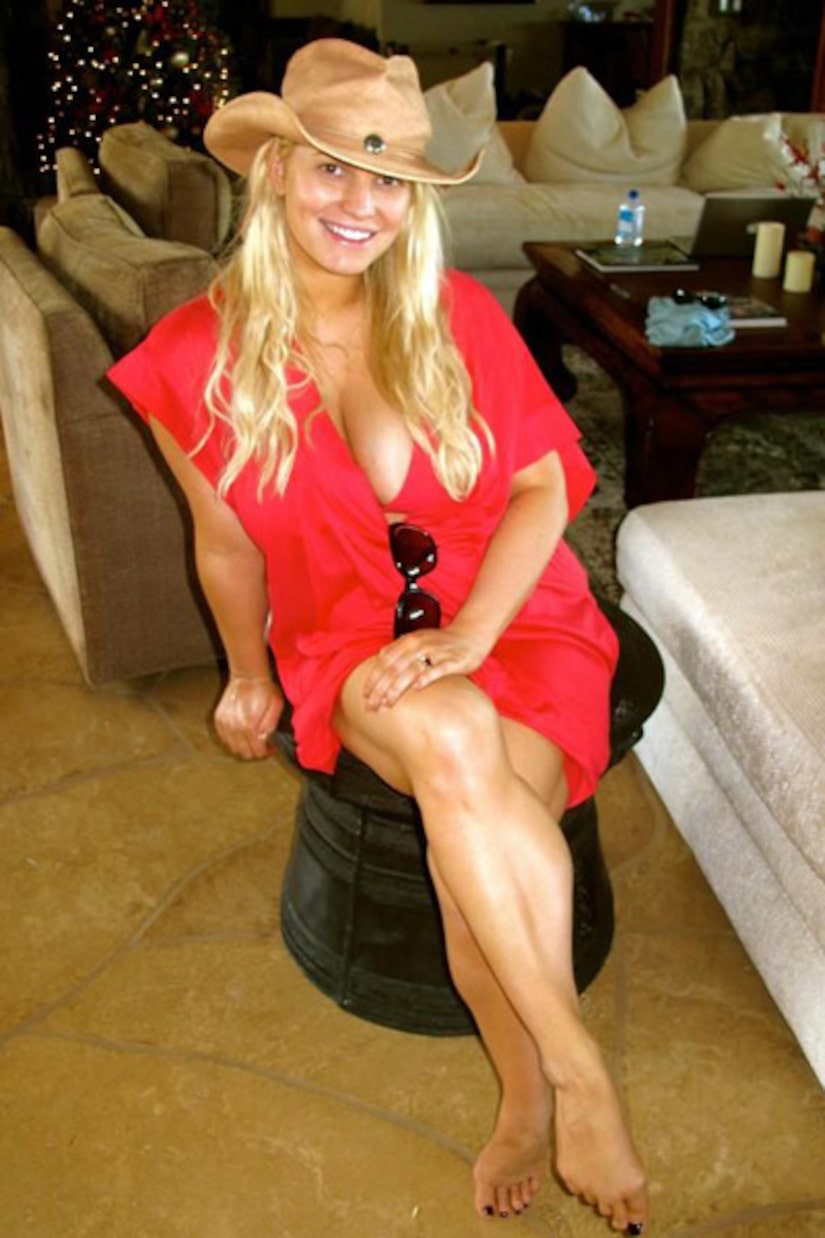 The “Fashion Star” host confirmed the news on Christmas Eve with a Twitter photo of her adorable daughter, Maxwell Drew, sitting in a patch of sand with the words "Big Sis" written in the sand. The caption read, "Merry Christmas from my family to yours!"

Check out Jessica's new Weight Watchers commercial, in which she officially makes her big announcement!