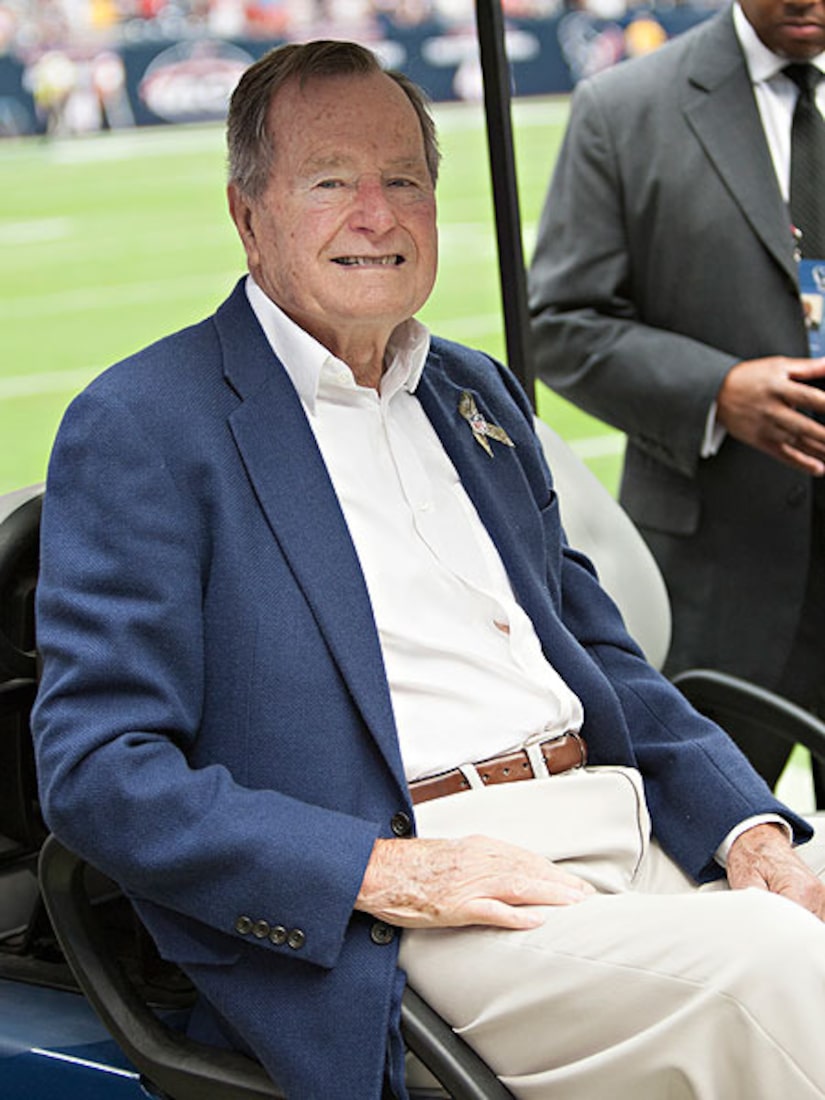 Former President George H.W. Bush, 88, was moved to an intensive care unit at a Houston hospital on Sunday after a stubborn fever persisted and doctors were unable to control it.

The elder Bush has been hospitalized since November, suffering from a bronchitis-like cough. His people, however, are saying they're "cautiously optimistic” that Bush Sr. will recover.

The 41st president suffers from a condition called vascular Parkinsonism, described by Bush as a paralysis in which "you tell your legs to move, and they don't move." It's unclear if the condition is related to his current hospitalization.

Bush Sr. memorably parachuted from an airplane on his 85th birthday.