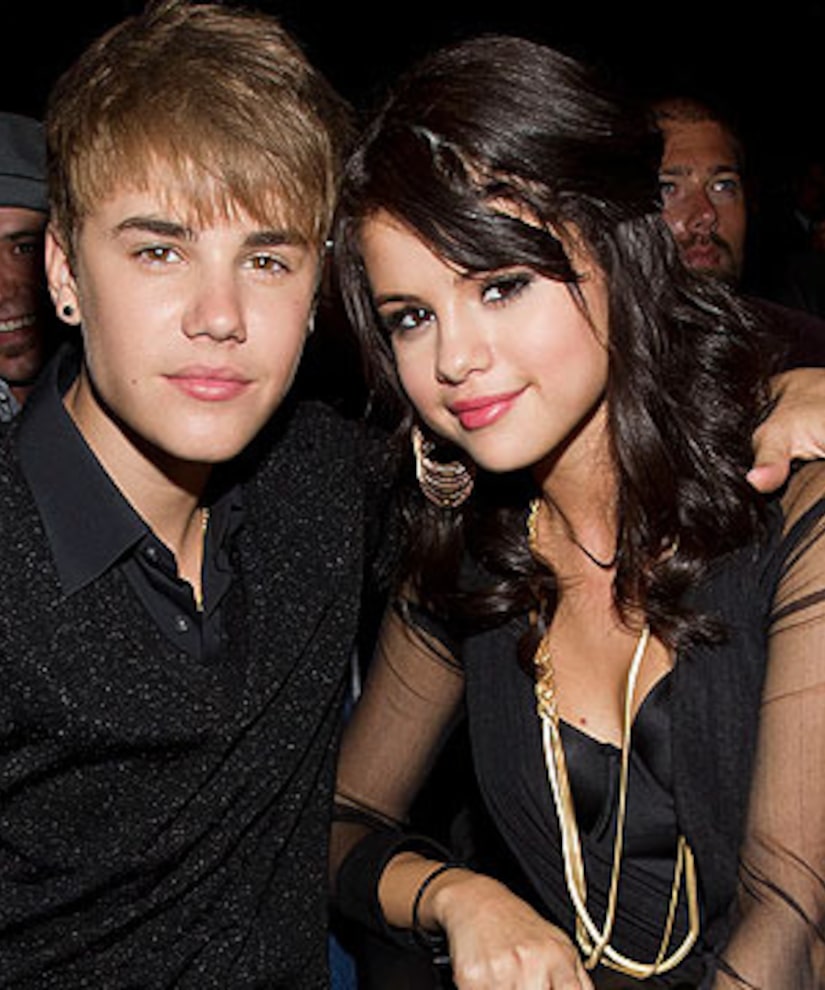 Lovebirds Justin Bieber and Selena Gomez are definitely trying to work things out. The couple was spotted getting cozy in Salt Lake City this weekend.

Radar reports, the PDA packed getaway included Selena sitting on Justin's lap while they talked and joked. At one point he stuck his tongue out, which made her smile (check out the photo).

“They were very affectionate with each other,” an eyewitness told the site. “They were kissing on and off and they just sat together and talked and looked totally in love.”

According to reports, Bieber and Gomez planned to meet up with Taylor Swift and Harry Styles, who were also vacationing in Salt Lake.

Justin and Selena's relationship has been on the mend since the twosome split and reunited in November.