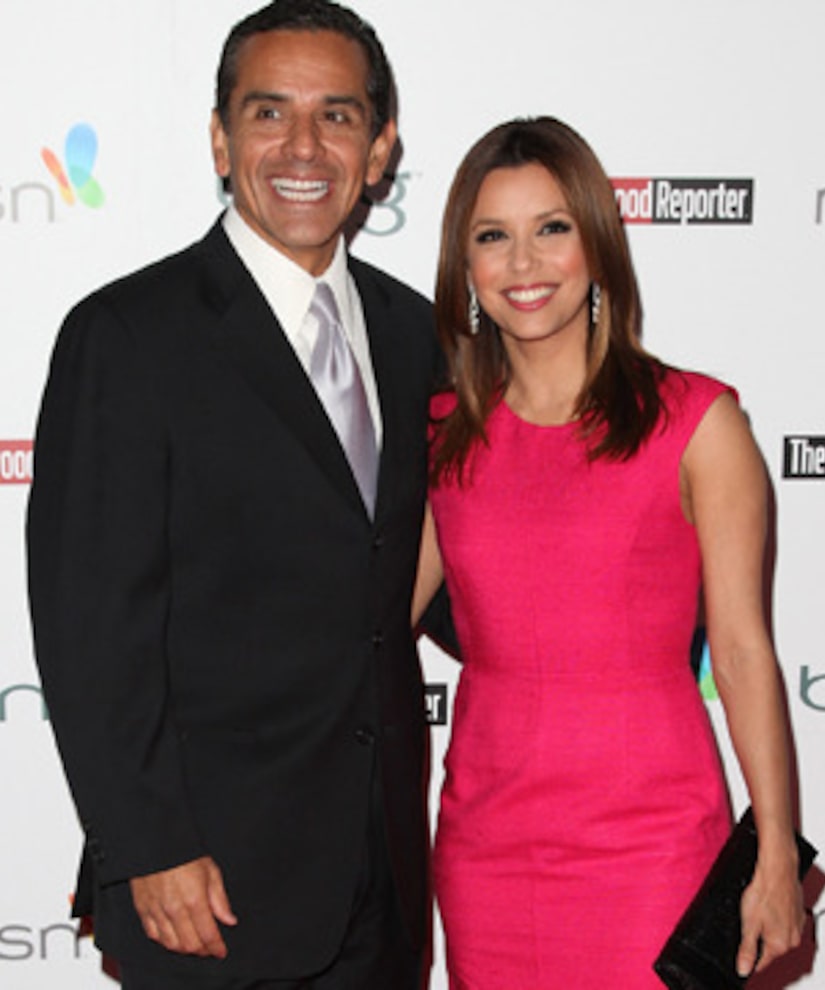 Rumors have been swirling that Eva Longoria is dating Los Angeles Mayor Antonio Villaraigosa, but the actress says the gossip isn't true.

She set the record straight on Thursday, telling “Extra's” Mario Lopez that they are not an item.

Why all the gossip? Eva explained that now that she's politically active, she's being romantically linked to politicians!

Eva was active in President Obama's reelection campaign and spoke at the Democratic National Convention.