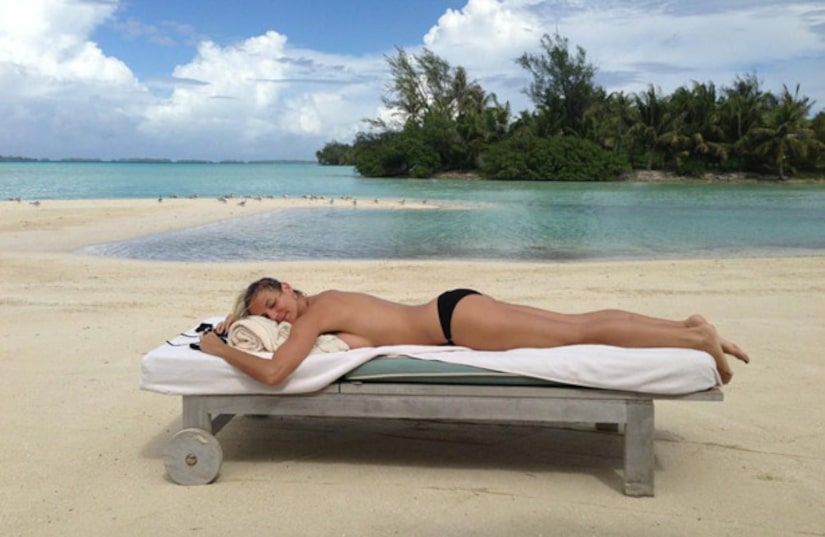 Supermodel Heidi Klum is enjoying the holidays, topless, on a secluded beach somewhere. The “Project Runway” judge tweeted a photo of herself, sans bikini top, with the message “island speed.”

Although she doesn't reveal her location or the photographer, it is easy to speculate that bodyguard Martin Kristen snapped the pic. The couple was spotted at Disneyland on Saturday.

The mother-of-four, who filed for divorce from Seal in April, has been dating Martin (publicly) since September.

Click for more great photos of stars in bikinis!