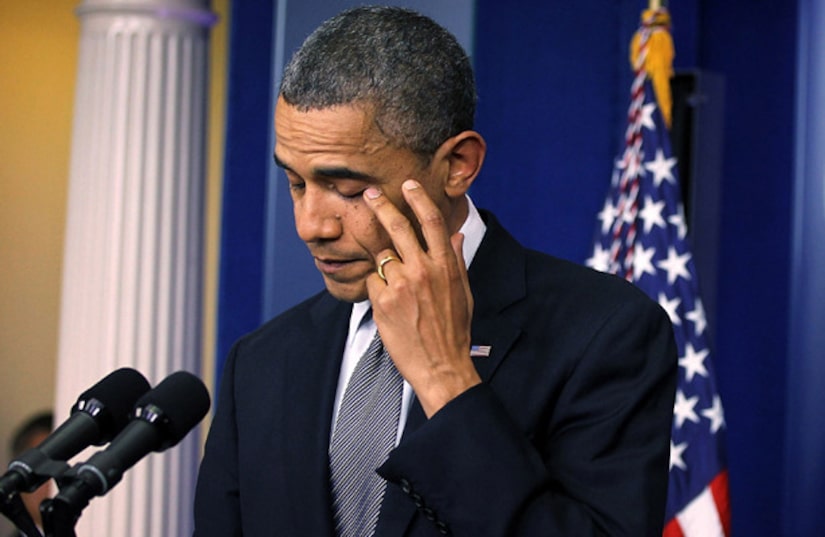 President Obama is heading to Connecticut on Sunday to grieve alongside the families who lost loved ones in the Sandy Hook Elementary School shooting.

Pres. Obama will join family and friends at a 7 PM ET vigil in Newtown to remember the 20 children and six adults who lost their lives on Friday, reports the Wall Street Journal.

The massacre started just after 9:30 AM when suspected gunman Adam Lanza, 20, stormed into Sandy Hook and opened fire.

Adam, who is also suspected of killing his mother, reportedly had an altercation with four staff members at the school on Thursday. According to the Daily Mail, three of those staff members are dead. The fourth did not come into work on Friday.

As details about the tragedy continue to surface, stories of heroism have also come to light. Teacher Victoria Soto, 27, reportedly hid her students in a bathroom or closet when she heard the gunfire and died trying to protect them.

Mayor John Harkins of Soto's hometown of Stratford, Conn. told the Associated Press, "You have a teacher who cared more about her students than herself. That speaks volumes to her character, and her commitment and dedication."

Friend Andrea Cromwell added, "She put those children first. That's all she ever talked about. She wanted to do her best for them, to teach them something new every day."