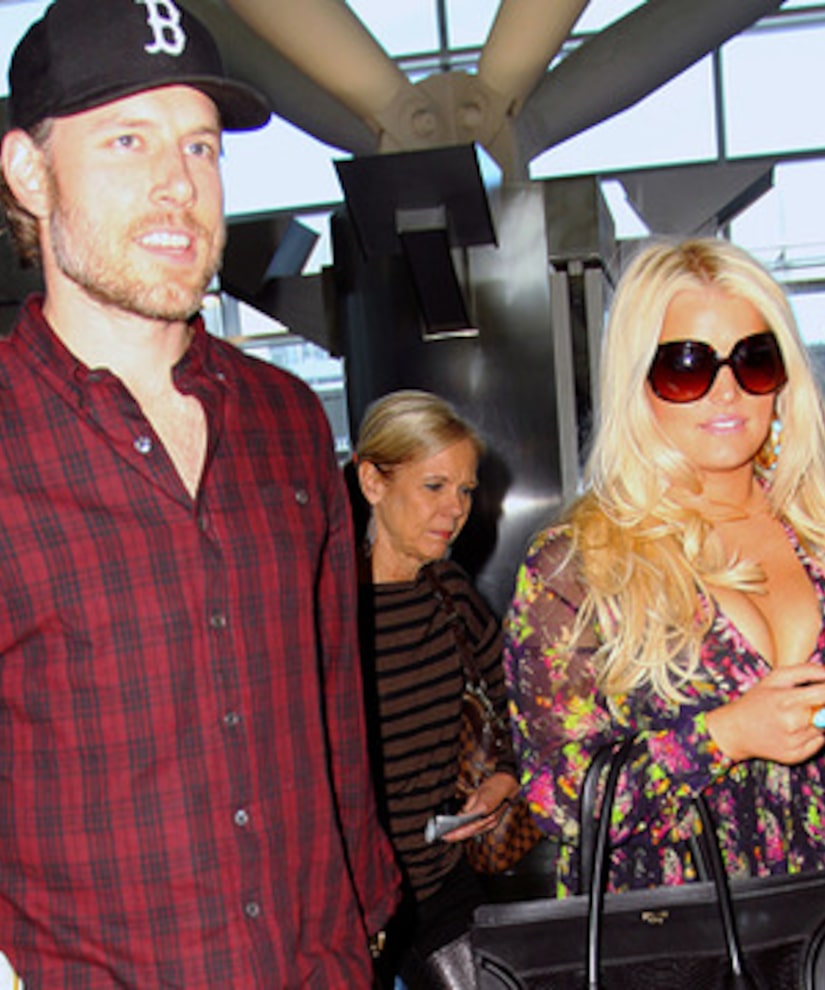 Weight loss spokesperson Jessica Simpson, fiancé Eric Johnson and baby Maxwell are heading to Hawaii for a family vacation on Dec. 21, leading some to speculate that the “Fashion Star” judge is planning a secret wedding.

Radar reports that the couple is inviting close friends and family to come along on the holiday trip, and an insider said they have a big announcement to make. Jessica may formally share news that she's expecting, however, rumors about the pregnancy have been around for weeks.

The source said, “No one quite knows what is being planned, but family members are speculating that they could be planning a surprise wedding. Jessica and Eric had planned to get married before the end of the year, but because Jessica was helping her best pal Cacee with her wedding, she got sidetracked. Then, her father's problems shattered her world and she discovered she was expecting.”

News broke in October that Jessica's parents were separating, reportedly because her father came out of the closet.

The insider continued, “Jessica is certain though that she wants to get married before her baby is born, and isn't bothered if she's showing in any wedding pictures.”

The Weight Watchers spokeswoman reportedly wants a “relaxed and intimate” ceremony and Hawaii could provide just the right setting.