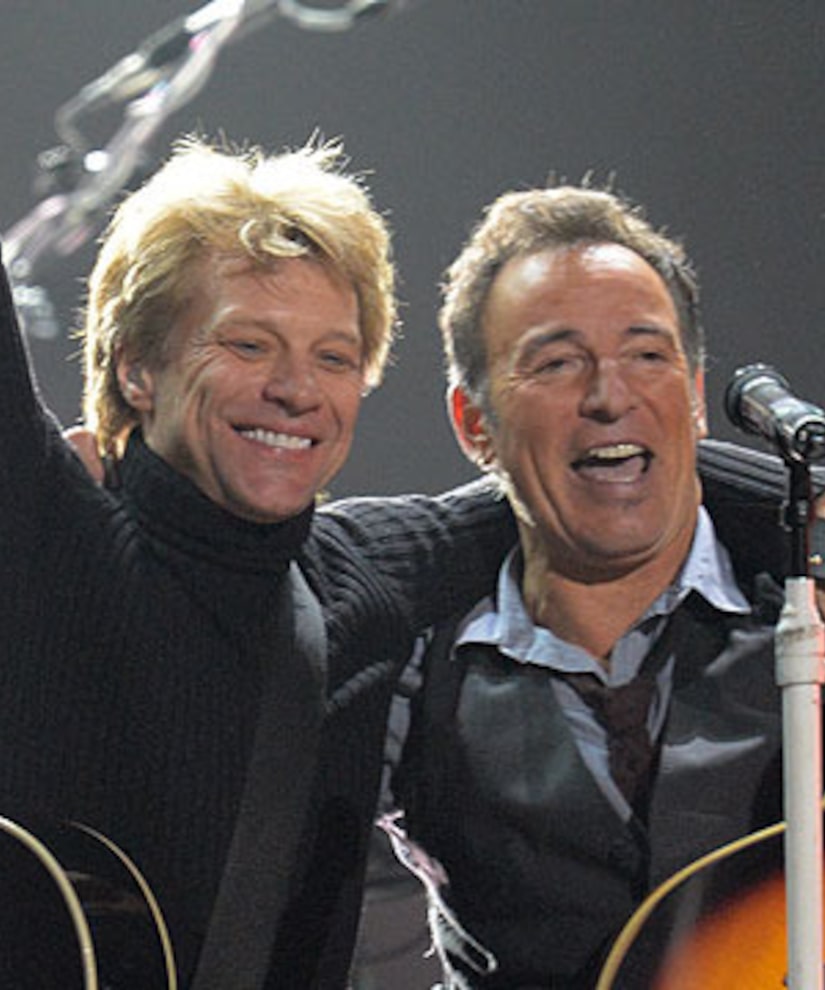 It has been a good couple of days for Jon Bon Jovi.

On Wednesday, he performed at the “121212” benefit concert to raise money for Hurricane Sandy victims and woke up Thursday morning to a Golden Globe nomination for Best Original Song for "Not Running Anymore” from the film "Stand Up Guys."

“Extra’s” AJ Calloway caught up with the superstar to get his reaction to both honors.

Bon Jovi said, “It’s a good day. Last night was phenomenal, obviously for a great cause… and then to wake up this morning and find out the project you have so much passion for -- “Stand Up Guys” -- gets a nomination for a Globes, it’s great.”

On the concert, Bon Jovi gushed, “It was the Stones and the Beatles and The Who and, of course, Bruce Springsteen and Billy Joel and Eric Clapton... it was crazy, what a night!”

He continued, “Everybody felt like that fan, like you were when you were 18. I was down in the pit, taking pictures of the Stones and even the ushers were like, ‘Yeah, go ahead, take pictures.’ I'm trying to get Mick's attention like everyone… I was a groupie!”

Bon Jovi also reminded everyone that they can still help the victims of Sandy by contributing to national or local charities, like his own charity, Soul Foundation.