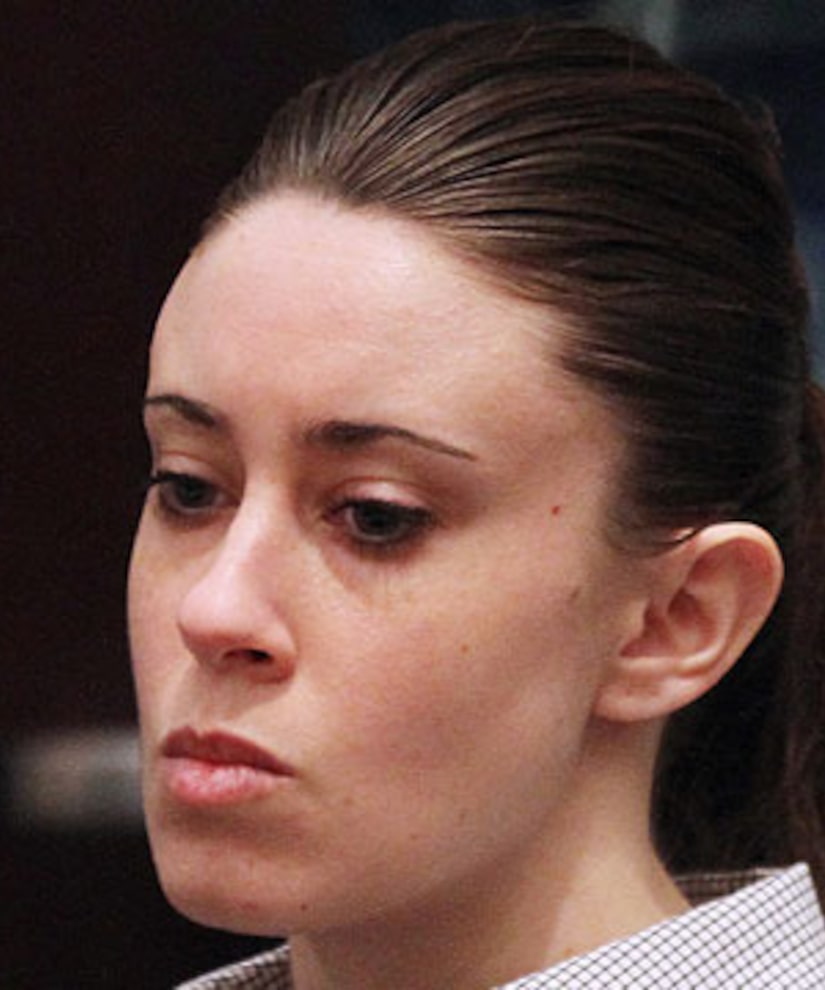 A girl's got to eat! Casey Anthony, who has kept an extremely low profile since being acquitted in the murder of her 2-year-old daughter Caylee last year, was spotted having dinner at a Flanigan's in Lake Worth, Florida.

The cellphone photo, obtained by Gossip Extra, is blurry but according to sources, Anthony was there with Pat McKenna, a private eye who worked on Anthony's defense. An unidentified male also joined them.

“From what I could tell, the woman had hot chicken wings,” a witness told Gossip Extra. “The man across from her had shrimp and the bald dude had lemon chicken.”

A source told RadarOnline.com, "Casey did not speak to the waiters, and talked to the men with her in a muted voice."