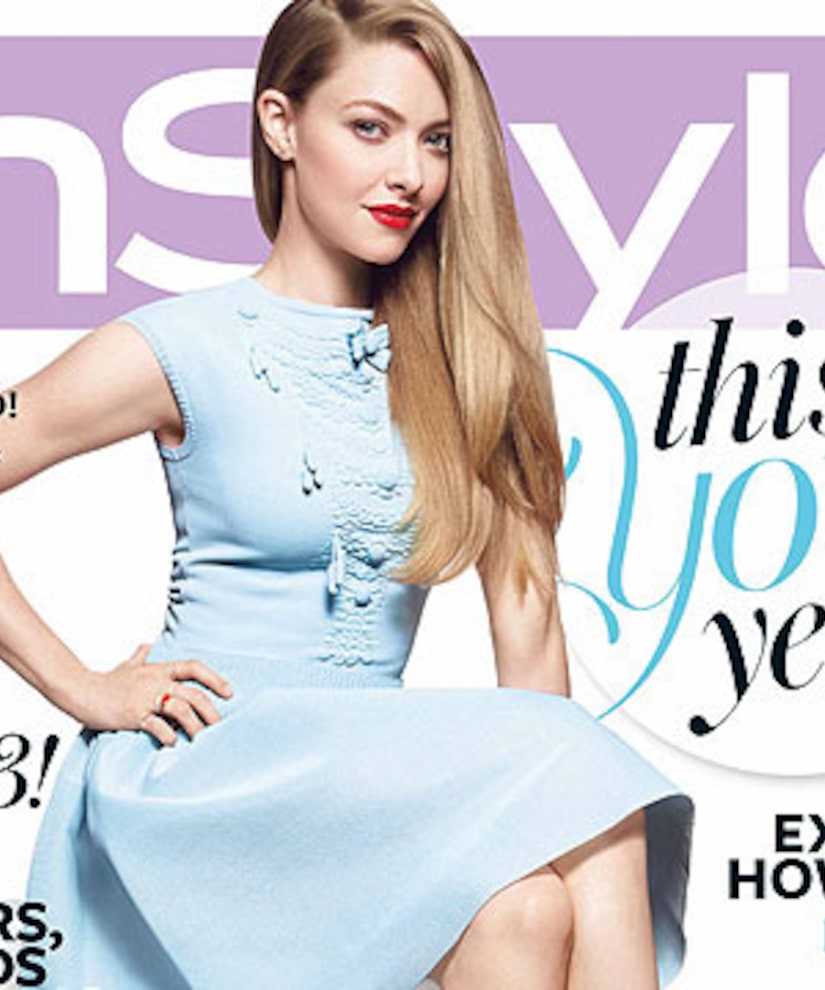 In the January issue of InStyle, cover girl Amanda Seyfried chatted about her love life, tackling her OCD and her starring role in the movie musical “Les Miserables.”

On dating, Seyfriend admitted she likes actors, “I'm just more attracted to actors. I like their choice to be artists -- that's ballsy. And a guy who has such access to his emotional life is sexy. Or maybe because lots of the actors I know are so broken. I don't think I'm compatible with anybody I've dated. Maybe I'm so attracted to actors because I'm not ready for the 'settled down' thing yet.”

She does have one love, though… her dog, Finn. “I got Finn from the set decorator on 'Big Love.' I was just going to foster him for 24 hours but caved the next day. I love him so much.”

As for being a little obsessive-compulsive, the actress explained, “I'm too measured and controlling -- about everything. That's why I take Lexapro. It's for OCD. I don't feel like I'm struggling with it. I think OCD is a part of me that protects me. It's also the part of me that I use in my job, in a positive way.”

This positive attitude also includes singing live in her film “Les Miserables.” “What's most important to [Tom Hooper, the director] is an actor who can get it and who can be grounded enough to make it believable when she bursts into song.”

The January issue of InStyle hits newsstands this Friday, December 14.