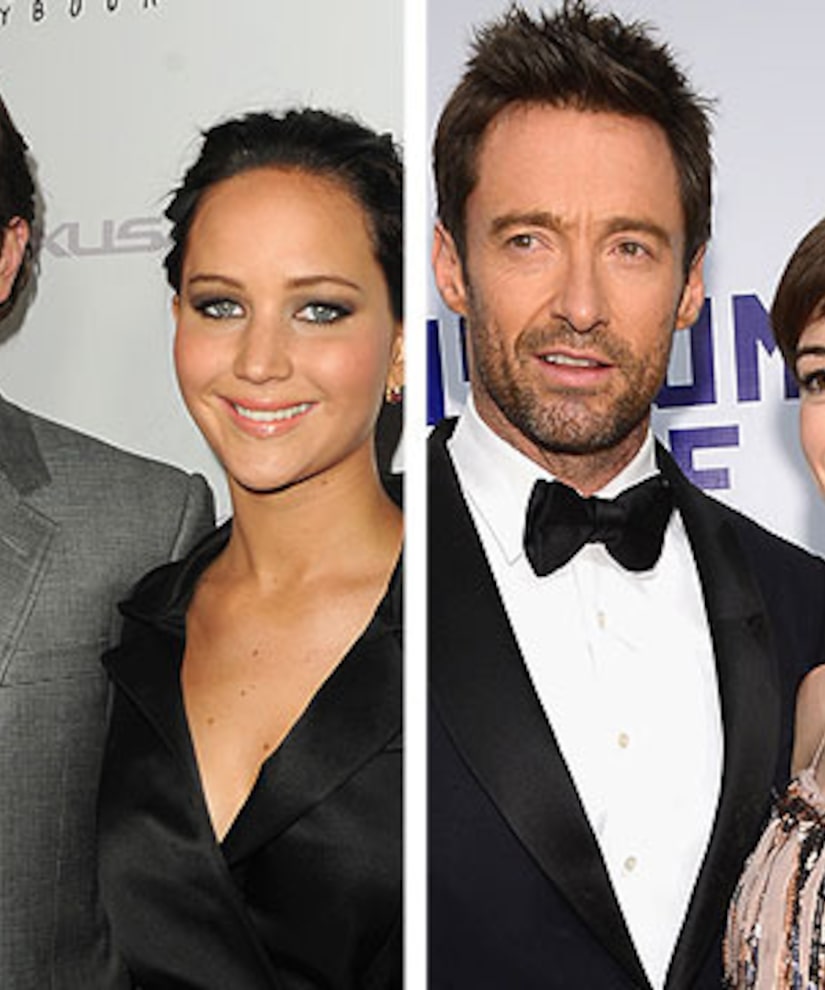 The nominations for the 19th Annual Screen Actors Guild Awards were announced Wednesday, with “Les Misérables,” “Lincoln,” and “Silver Linings Playbook,” each scoring four nominations, including Best Ensemble in a Motion Picture.

On the TV side, “Modern Family” topped in the comedy category with four nominations, while “Homeland” nabbed three nods in the drama category.

The awards will be handed out January 27 and will be simulcast live on TNT and TBS.

Here are some of the nominations:

Outstanding Performance by a Male Actor in a Leading Role

Outstanding Performance by a Female Actor in a Leading Role