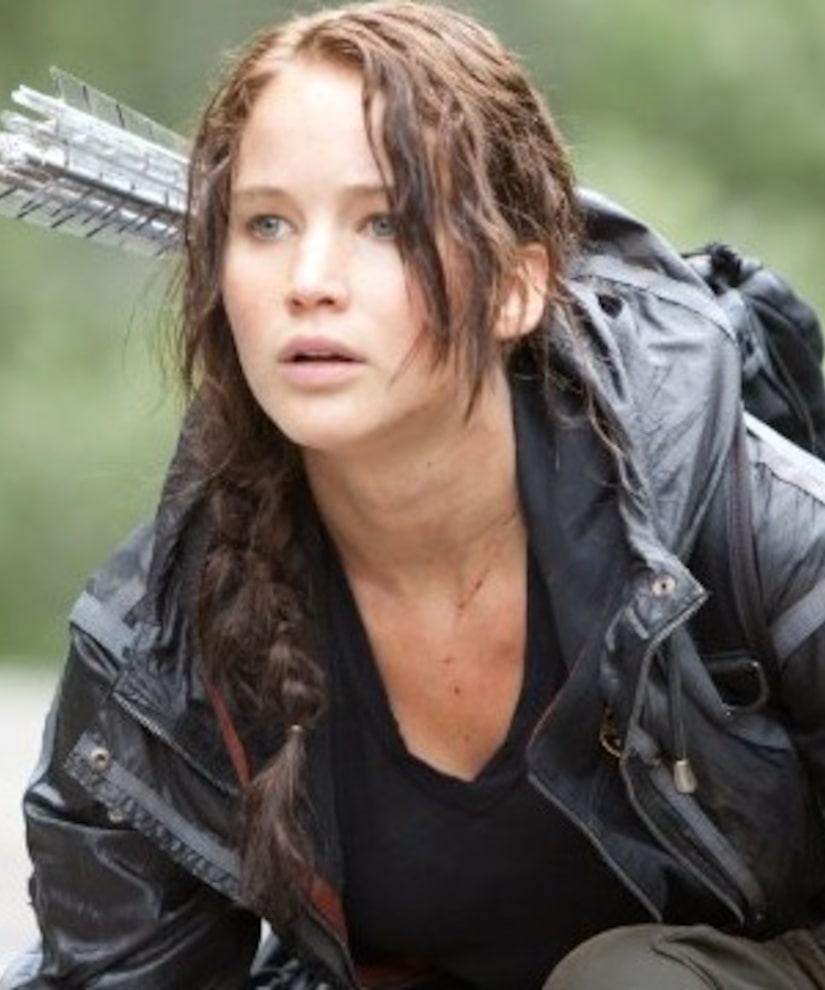 As No. 4 on our Most Entertaining list, “The Hunger Games” trilogy has become the latest cinematic love triangle to capture the hearts of young readers and moviegoers alike.

The books by Suzanne Collins tell the story of 16-year-old Katniss Everdeen, who lives in District 12 of a post-apocalyptic nation. The Capitol, a highly advanced metropolis, exercises political control over the nation and once a year, they organize the Hunger Games, a televised battle to the death between teenagers selected by a lottery from each 12 districts.

Making this best-selling epic into movies was a no-brainer, and the stellar cast has brought all the vivid imagery in the books to the big screen. It includes Jennifer Lawrence as Katniss, who has always loved childhood friend Gale (Liam Hemsworth). When she is selected to compete in the Hunger Games with Peeta (Josh Hutcherson), however, she soon finds out Peeta has secretly loved her from afar. And so it begins…

"Extra" has compiled a list of what went into making the first film to prepare you for this growing phenomenon!