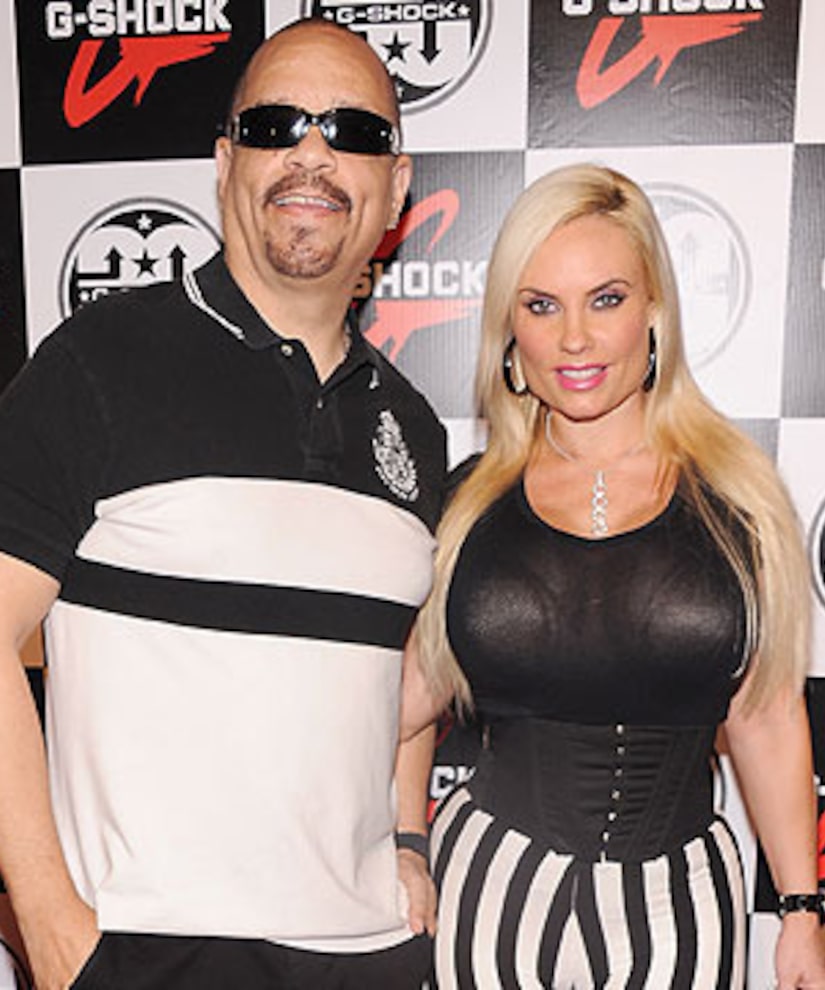 Rapper/actor Ice-T did not take kindly to pics of wife Coco getting cozy with rapper AP.9.

According to RadarOnline.com, the photos were taken in Las Vegas where Coco performs in “Peepshow,” a topless revue. She is seen giving AP.9 a kiss on the cheek while he nuzzles her neck.

Ice-T took to his Twitter account to express his anger. He wrote, "Most of them disrespectful and in bad taste. She's made me look… And feel like s---."

The reality show star, who later deleted his tweets, added, "Don't get it twisted...I'm not happy about this s---."

Coco promptly responded on her Twitter account, writing, "Ice is right, the pics I took with this man were in poor taste & I disrespected my husband however the pics were the only thing that happened."

She continued, "please guys I'm happily married, sometimes fans & friends take silly pics it's harmless… I feel so sad the bottom line is I love Ice & can understand why he's upset there's no excuse for my actions. I'm so sorry baby."