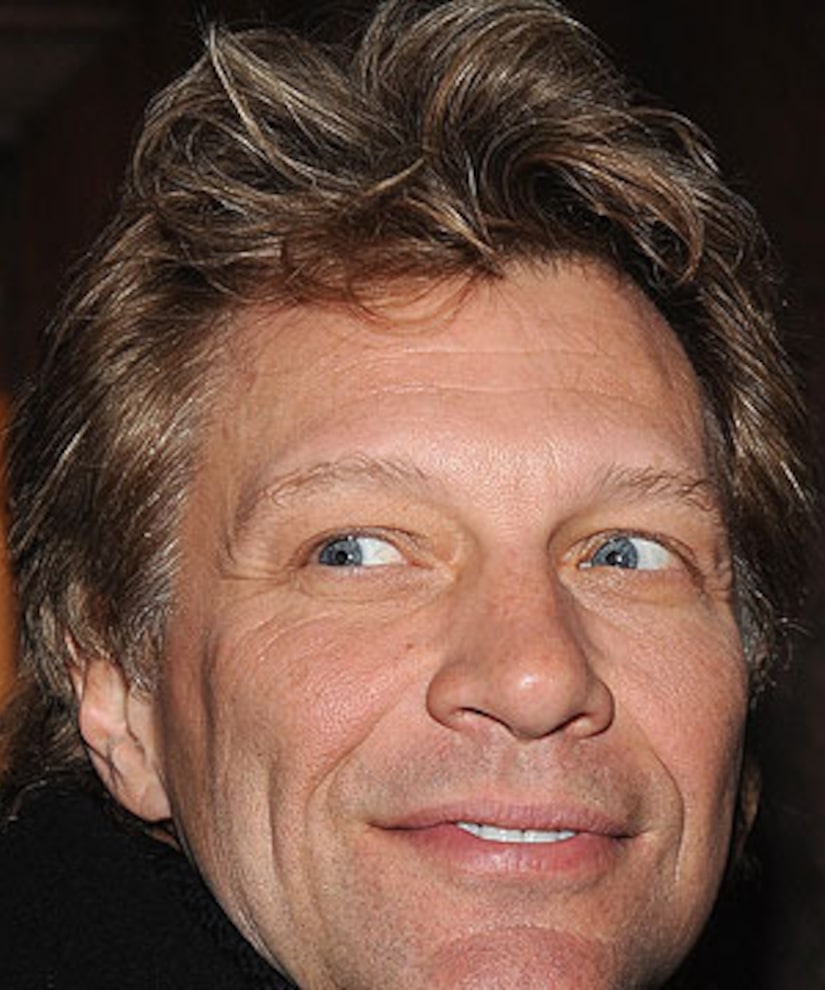 Rocker Jon Bon Jovi talked with “Extra” at the NYC premiere of “Stand Up Guys,” and gushed about meeting his idol (and the film’s star), Al Pacino.

The Bon Jovi frontman, who wrote two songs for the film’s soundtrack, said, “To be able to write something for him, to get the note from him, telling me how he loved it, to actually have met him… that's why I'm here today. I'm enjoying the moment.”

“That’s my people,” he said. “The whole area was dramatically affected, but we'll rebuild. That's what we do.”

The lineup also includes Bruce Springsteen, The Rolling Stones, Paul McCartney and Billy Joel. Jon explained, “It's like a who's who. If you were to die and go to heaven, that's the lineup you want to be a part of.”