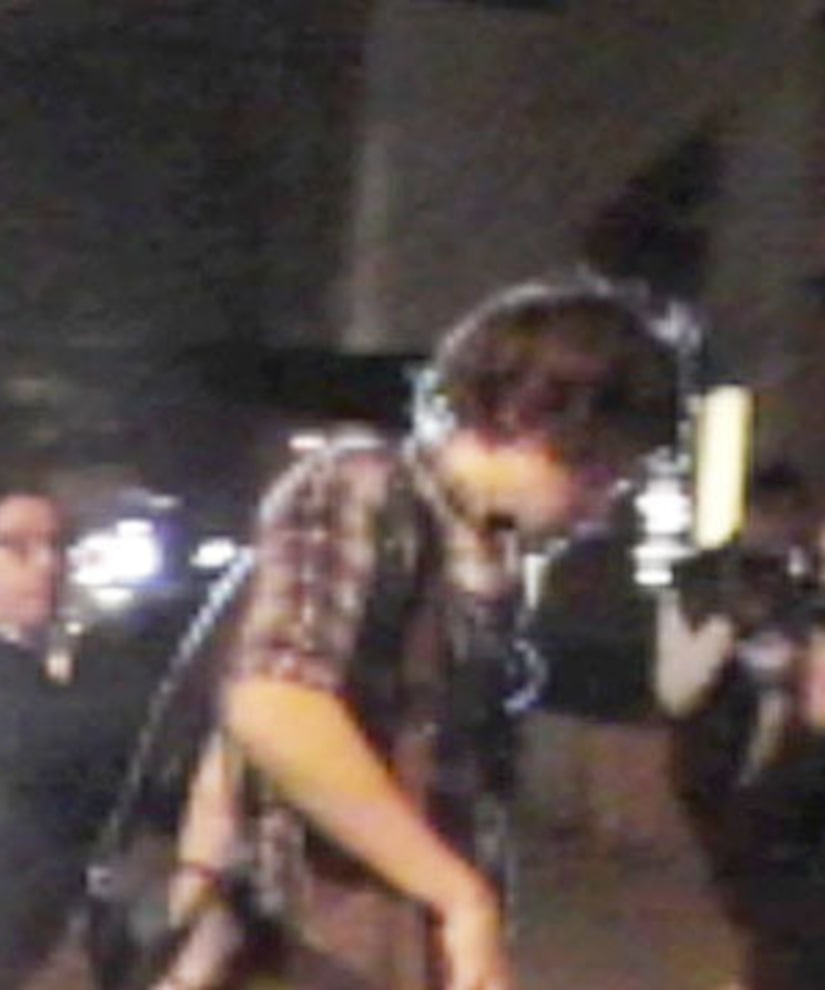 Love may indeed be in the air! One Direction member Harry Styles was snapped dashing into a NYC hotel on Tuesday night where Taylor Swift is staying, further fanning the romance rumor flames.

The 18-year-old British teen idol ran past photographers carrying what looks to be an overnight bag around 11:00 PM. One cameraman reportedly called out to Harry to "have a nice night with Taylor!"

Styles and bandmates Zayn Malik, Liam Payne, Niall Horan and Louis Tomlinson had been out with the Taylor the night before, and the Harry and the “Red” singer were spotted holding hands.

There could be a great Taylor Swift song in the making.