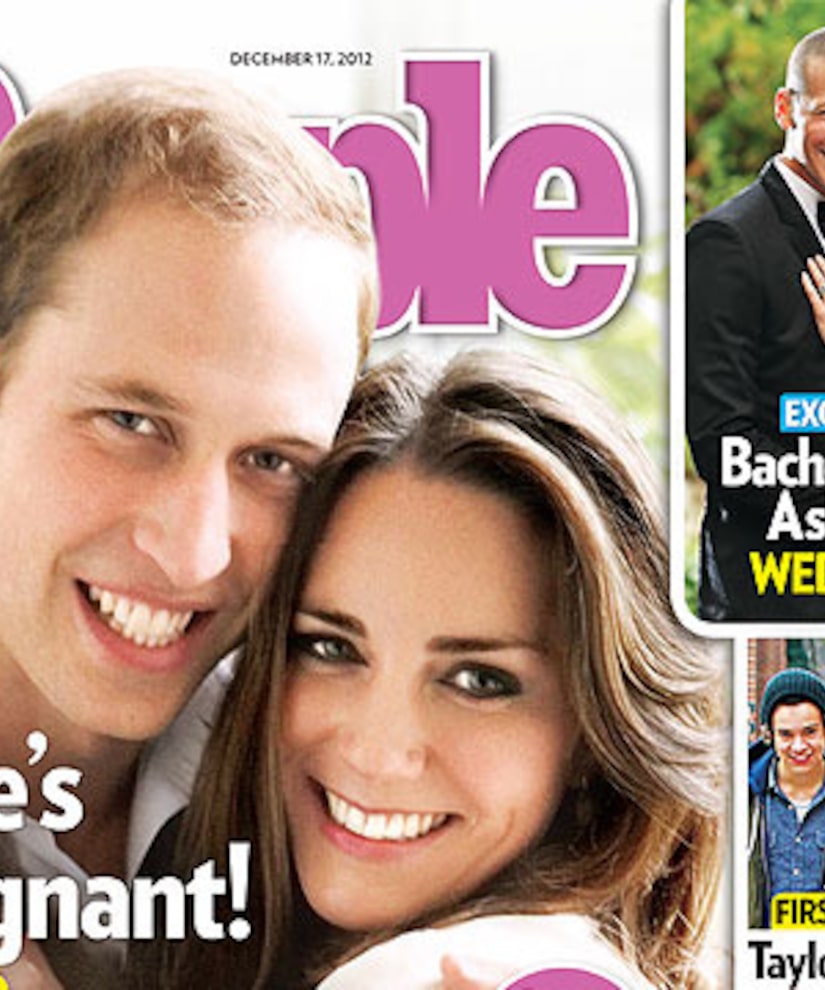 Prince William and Kate Middleton wanted to wait until Christmas before announcing her pregnancy, but Kate's acute morning sickness made that impossible.

Palace sources told People.com that William informed the Queen, his father, Prince Charles, and his brother, Prince Harry, before his wife was hospitalized Monday. Many of their friends, however, heard the news like the rest of us, when it went public.

"There is a real excitement," said a royal source, "but obviously people are anxious about the Duchess,” who is still hospitalized.

The royal pair timed the pregnancy just right. They didn't want to overshadow the Queen's Diamond Jubilee or forgo a major worldwide tour.

"I don't think anything is left to chance,” Majesty Editor Ingrid Seward told People. "Kate is probably one of the most organized [royal] women we've ever known."