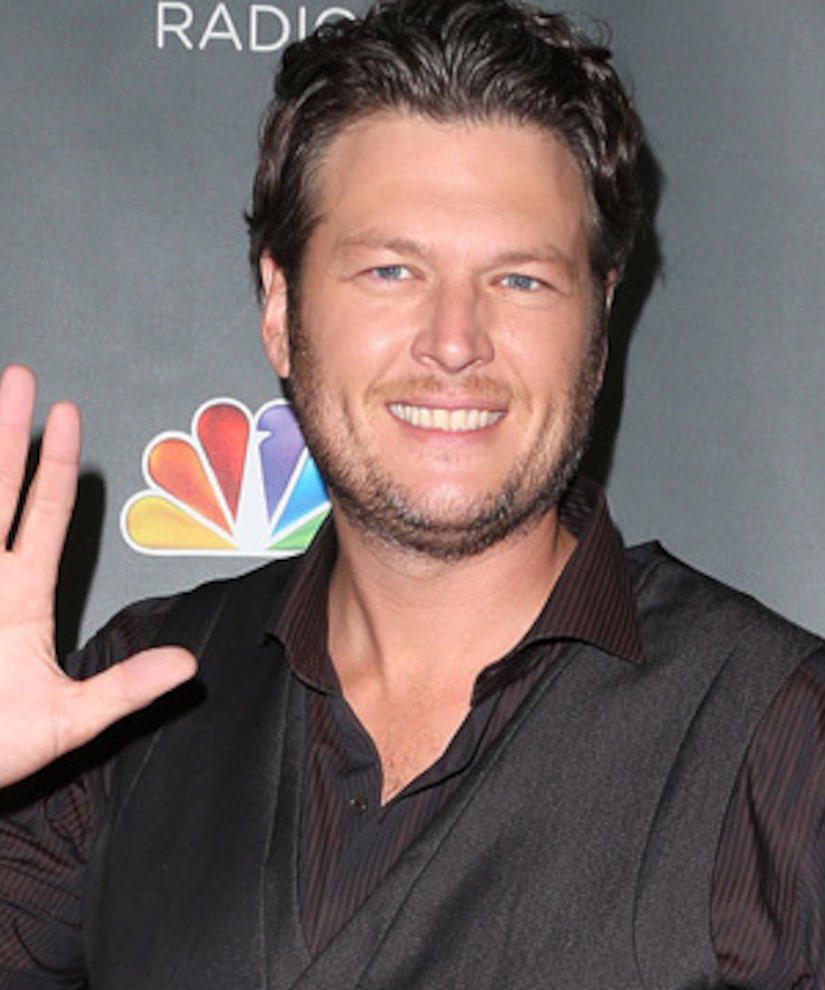 Singer Blake Shelton would do anything to beat fellow “Voice” coach CeeLo Green this season. He told “Extra’s” Terri Seymour, “Remember when he wore [the peacock costume] on the Grammys…I will wear that on ‘The Voice’ for an episode if America will [vote]."

Shelton also addressed backlash over his “Not So Family Christmas” special, featuring a “Rudolph” skit involving guns and alcohol. “It’s just so dumb, if you’re offended by that, somebody needs to backhand ya.”

Terri also caught up with coach Adam Levine, who lost his final two “Voice” contestants – Melanie Martinez and Amanda Brown – on Tuesday night. The Maroon 5 frontman is not going to let the loss get him down.

He revealed plans to sign Melanie to his record label and added, “I want to win and I love to win but when I don't... focus on the next win, don’t harp on the loss, forward movement that’s more important.”