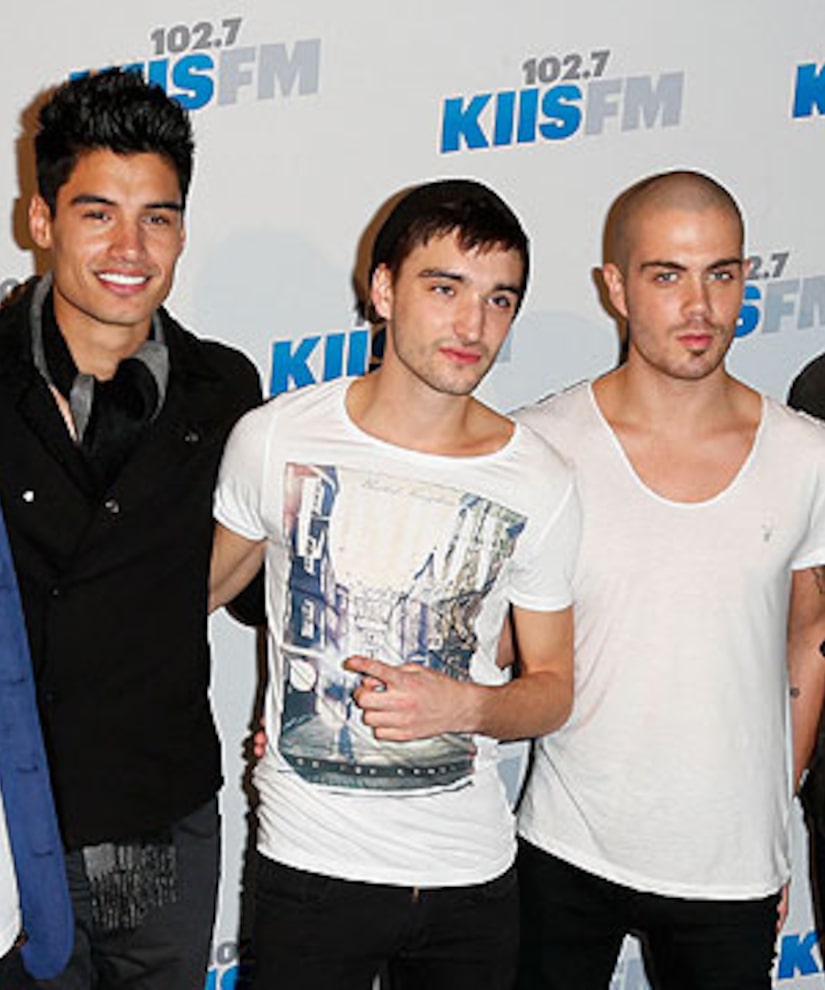 “Extra’s” Terri Seymour was backstage at KIIS FM’s Jingle Ball on Monday and talked with boy band The Wanted about their now infamous night out with Lindsay Lohan.

The group was with LiLo in NYC last week on the night she was arrested for assaulting another woman, and they responded to the rumor the fight was allegedly started over one of the boys, Max George.

Max assured Terri the fight was not over him. Jay McGuiness added, “I don't know if that had much to do with it. We were actually hanging out. Lindsay seemed really lovely and suddenly everyone goes wild. I don’t know if there were fists, but there were pot-stirring females, for sure. I think she’s a sweetheart.”

Watch more of the interviews, including what they say about rivals One Direction and Terri dancing “Gangnam Style” with the boys!