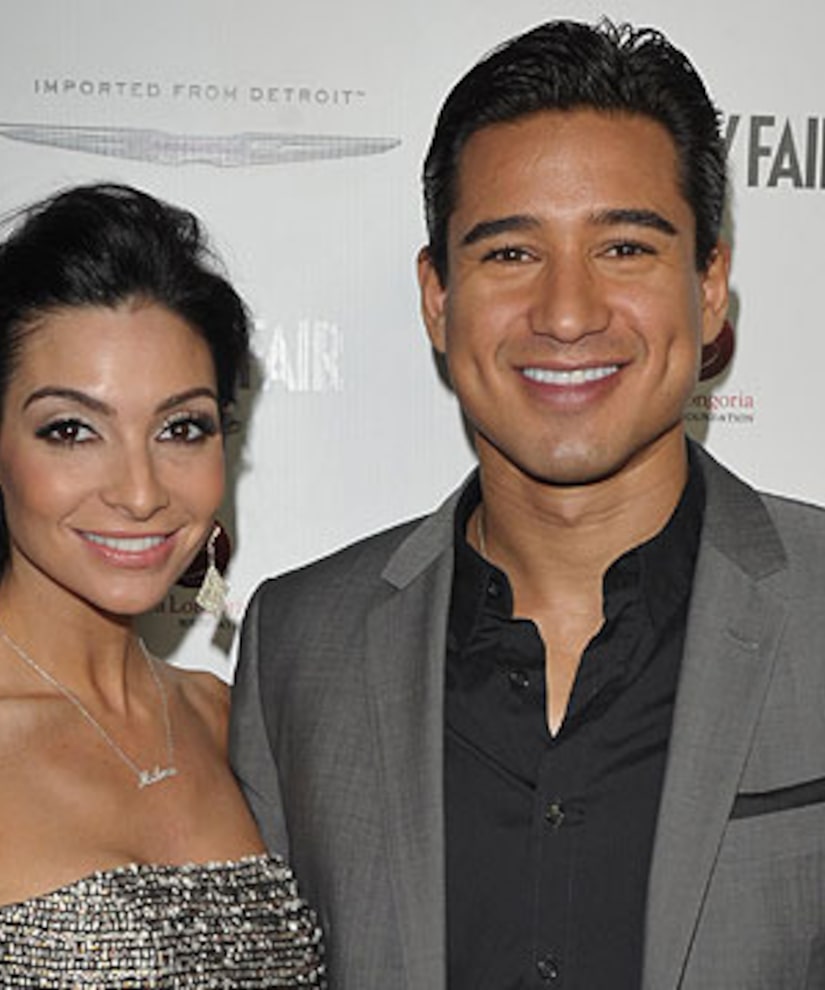 Before the wedding, “Extra” spoke to the couple separately, who kept with tradition and did not see one another before the ceremony. Getting choked up, Mario told Courtney, “I can’t wait for you to be Mrs. Lopez.”

Then the ceremony began. A string quartet played, as Mario walked his mother down the rose petal-strewn aisle, while the bride’s father escorted his daughter.

Courtney was wearing a dress designed by Ines di Santo, and her 2-year-old daughter Gia looked adorable in a dress that matched her mother’s. Mario and Courtney walked their little flower girl down the aisle.

Under a white gazebo by the ocean, Mario and Courtney then exchanged vows that they wrote for one another.

Family and friends, including Eva Longroia, cheered as a mariachi band played at the end the ceremony, signifying the start of the wedding celebration.

After the ceremony, Longoria told "Extra" she was emotional as she watched her friends get married. Speaking to the newlyweds, she said, "I'm so happy for you guys. I love you so much."

Lopez and Mazza first met when they shared the Broadway stage in the 2006 revival of “A Chorus Line" and began dating in 2008. The couple were engaged on December 31, 2011, during a vacation in Ixtapa, Mexico.

The entire event will be featured in “Mario & Courtney’s Wedding Fiesta,” which premieres Saturday, December 8 at 8:00 PM on TLC.

Check out highlights of Mario & Courtney planning their wedding!