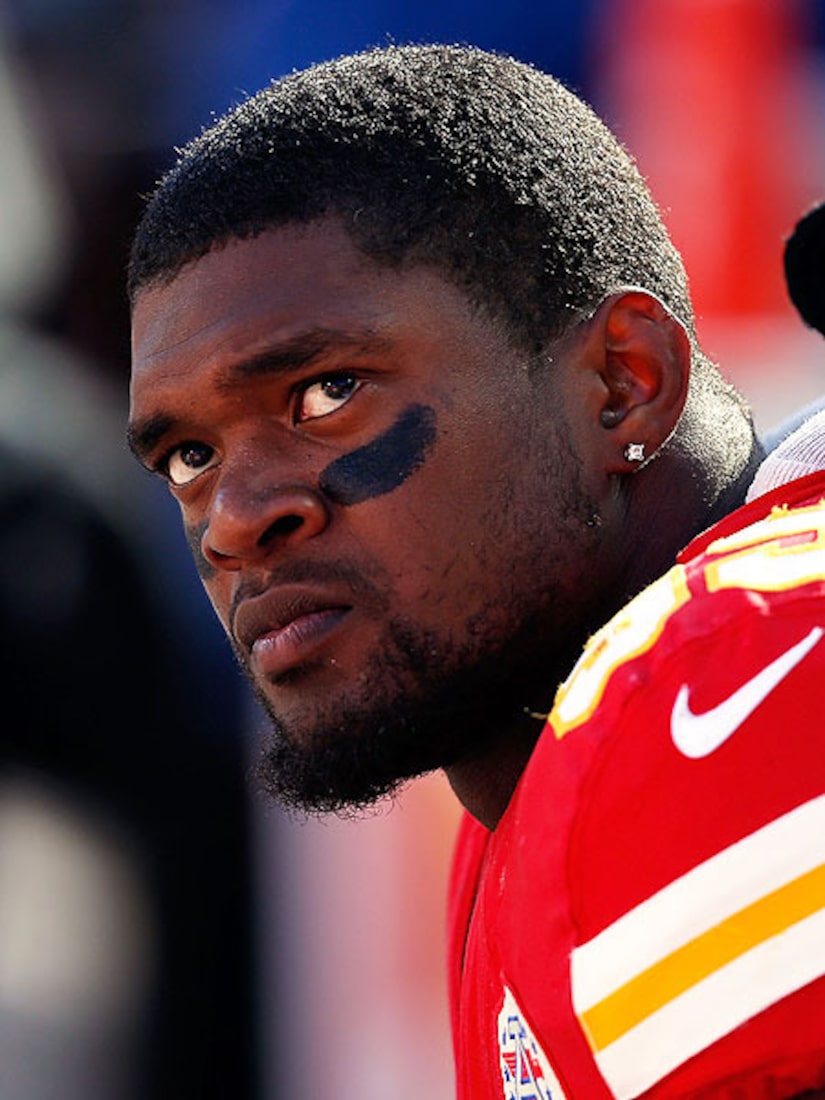 NFL player Jovan Belcher, a linebacker for the Kansas City Chiefs, shot himself in the head in front of his coaches after earlier murdering his girlfriend at her residence, NFL.com reports.

The police spokesman told NFL.com, "At about 8:10 AM, we received a call to the Arrowhead practice facility in regards to a black male armed with a gun in the parking lot, and he matched the description of the shooting suspect. Officers arrived, saw a black man with a gun to his head, and some Chiefs employees. As the officer got out of his car, he heard a gunshot.”

Police have not released the girlfriend's name, but confirmed she and Belcher had a 3-month-old child.

Chiefs Chairman and CEO Clark Hunt released a statement in regard to the incident: "The entire Chiefs family is deeply saddened by today's events, and our collective hearts are heavy with sympathy, thoughts and prayers for the families and friends affected by this unthinkable tragedy. We sincerely appreciate the expressions of sympathy and support we have received from so many in the Kansas City and NFL communities, and ask for continued prayers for the loved ones of those impacted. We will continue to fully cooperate with the authorities and work to ensure that the appropriate counseling resources are available to all members of the organization."