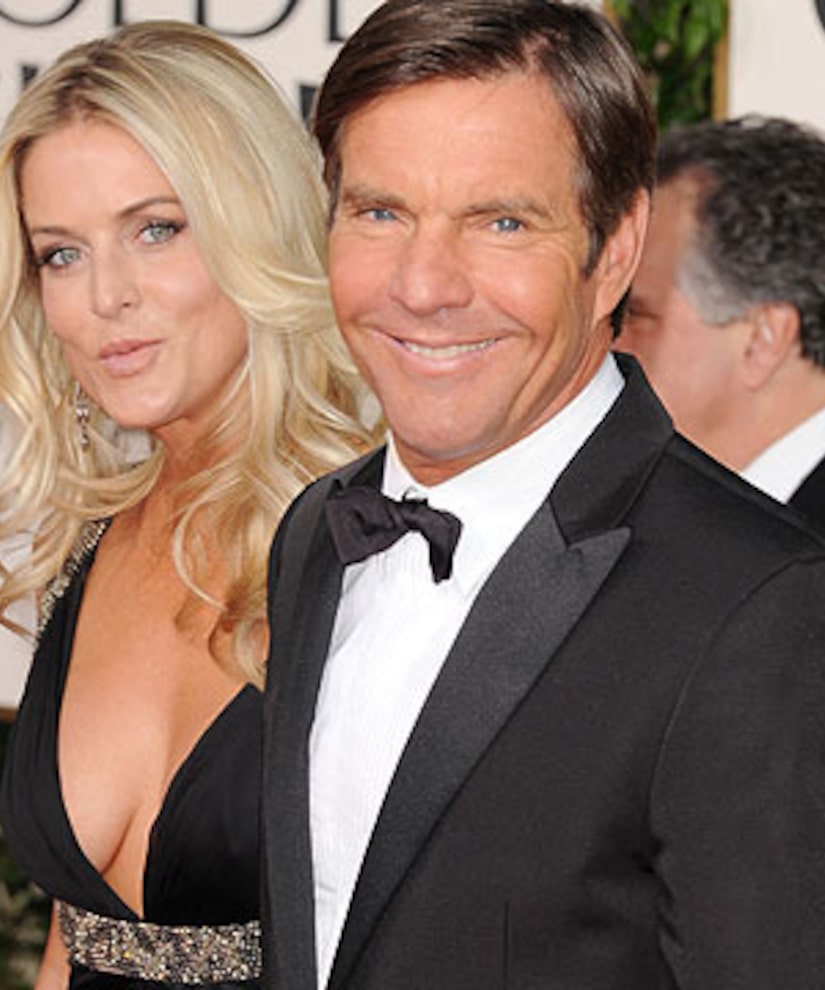 According to the paperwork obtained by “Extra,” the 58-year-old “Vegas” actor is seeking joint legal and physical custody of the couple's 4-year-old twins, Thomas and Zoe, and is offering to pay spousal support to his wife of eight years.

Quaid had to wait to file because the couple just moved to California over the summer, and the state requires a six-month residency before divorce papers can be filed, reports TMZ.

In 2007, the newborn twins almost died when the hospital gave them an overdose of the drug Heparin. The Quaids filed a lawsuit and were awarded $750,000.

This is Quaid's third divorce. He and his first wife, actress PJ Soles, divorced in 1983, and he divorced second wife Meg Ryan in 2001.