Lindsay Lohan was arrested in the wee hours Thursday morning after she allegedly punched a woman at a NYC nightclub.

The bar brawl at club Avenue reportedly went down around 4 AM after Lindsay and Tiffany Eve Mitchell, 28, exchanged heated words, reports the New York Post. Police say Lohan and Mitchell, a Palm Beach psychic who moved to New York six months ago, were sitting separately in the VIP section when a fight broke out nearby. When they stood up to watch, the women bumped into each other and Lindsay accused her of taking photos and said something along the lines of, "Give me my space."

They both returned to their seats, but for some reason LiLo supposedly got up a few minutes later and punched Tiffany in the face. No medical attention was needed after the altercation, but Lohan was taken into custody on third degree assault charges. 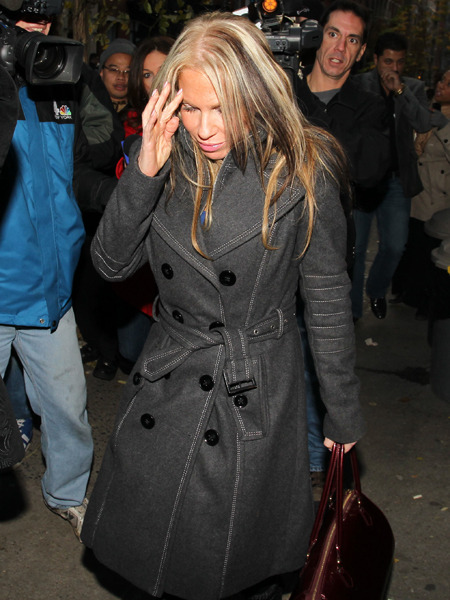 The night ended badly for the carrot-topped starlet who was spotted at Justin Bieber's Madison Square Garden concert just hours before. 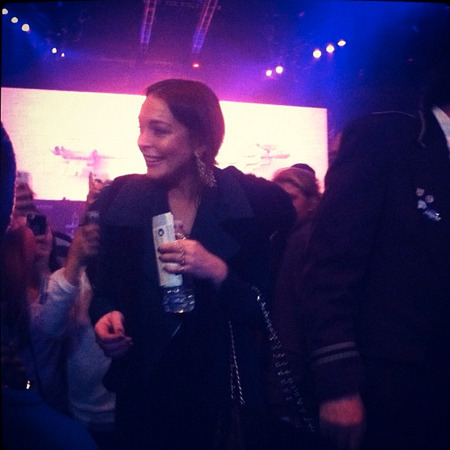 The actress has since been released from the 10th Precinct police station in Manhattan, but received a desk appearance ticket. If the charges stick, it could lead to a probation violation for the 'Liz and Dick" star.

The assault accusation isn’t her only legal worry this week. According to TMZ, the Santa Monica City Attorney charged the 26-year-old with three counts on Thursday related to her June car accident on the Pacific Coast Highway. The court filing includes giving false information to a peace officer, obstructing or resisting a police office and reckless driving.


Lohan's mother, Dina, released a statement asking for privacy at this time. She said, "At this time I kindly ask that you extend to my family the time we need to address my daughter's circumstances with the appropriate parties. As a mother you always love and pray for the best with all your children. Our family's bond grows deeper and stronger during the tough times and I am beyond proud of all of my children for the love and devotion they provide for each other. We are there for and stand by one another unconditionally. Many thanks to all that have expressed concern for my daughter. Your compassionate thoughts and prayers are received with my deepest gratitude."

Dad Michael tweeted on Wednesday about what his children need in order to lead healthy, productive lives. He wrote, "This is what Lindsay, and all children need! Two parents who are by their side and on the same page!" and "Put aside our differences and put our children first! Correct them when they r wrong, praise them in their success, be A PARENT, in failures!"