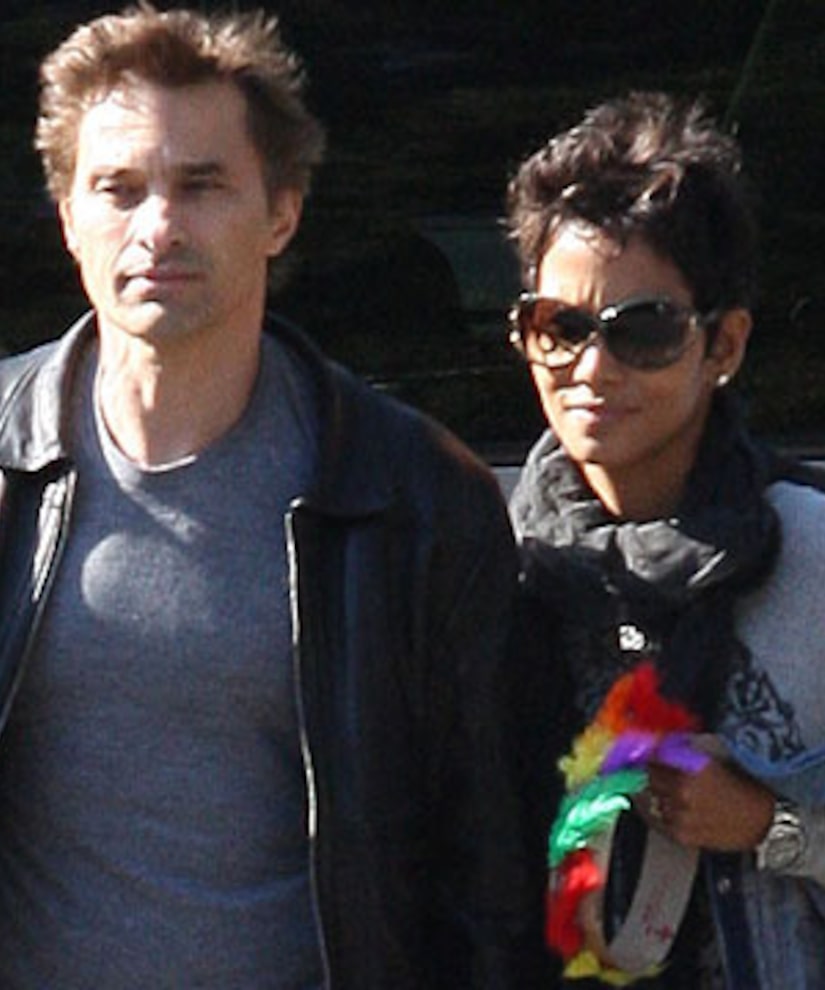 There is no surveillance footage of the Thanksgiving fight between Halle Berry's ex, Gabriel Aubry, and her fiancé, Olivier Martinez.

TMZ reports that Berry had her home security cameras re-positioned last year after a stalker situation.

At the time, authorities suggested the actress have cameras facing the fences surrounding the property in order to catch a possible intruder, and not the front door area. Therefore, none of last week's altercation was captured.

Law enforcement sources told TMZ that detectives have reviewed available footage and confirmed the fight was outside the cameras' field of vision.