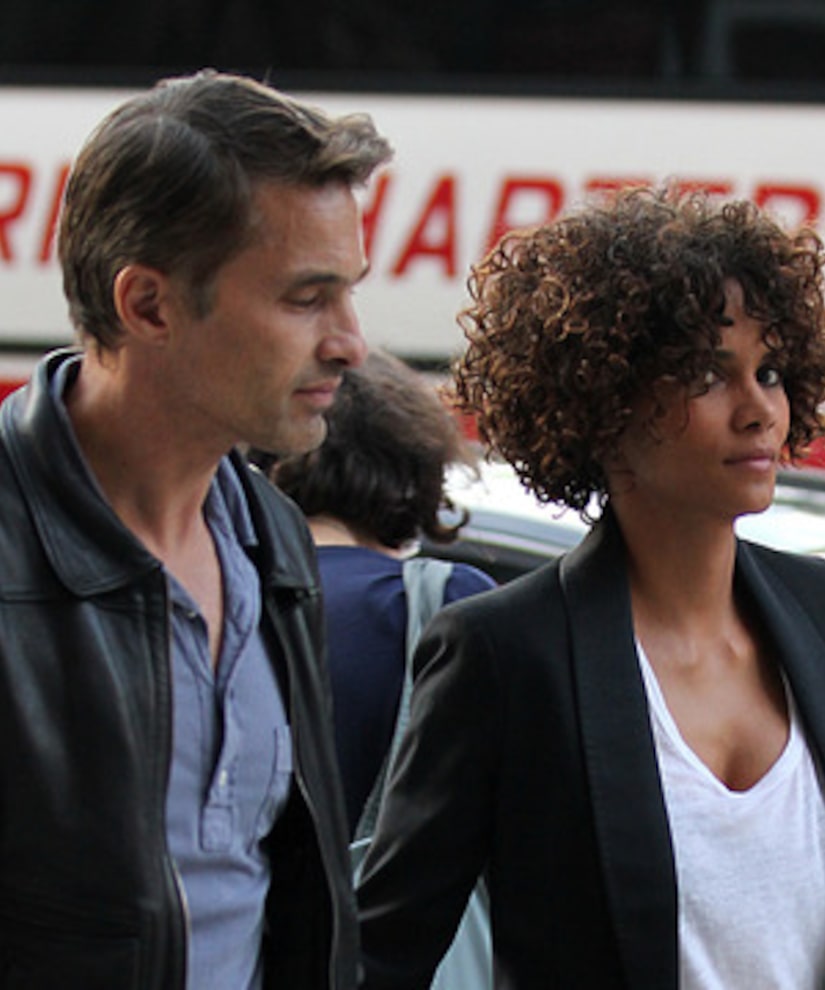 Actress Halle Berry is reportedly headed to court early this week to file a restraining order against her ex, Gabriel Aubry, after the Thanksgiving Day brawl with Berry's finacé, Olivier Martinez, reports TMZ.

Although the judge issued an emergency order of protection, requiring Gabriel to stay 100 yards away from Halle, daughter Nahla and Martinez, that order expires Tuesday.

Sources close to the situation tell TMZ Halle and her lawyers will appear in family court this week to extend that protection indefinitely.

The fight began Thursday when Aubry went to Berry's house to drop off their 4-year-old, Nahla, and Martinez walked outside to have words with Aubry.

Aubry was arrested on suspicion of misdemeanor battery, the LAPD told the L.A. Times. After receiving medical treatment for facial wounds, Gabriel was booked and then released at 6:25 PM after posting $20,000 bail.